Former captain Moin Khan believes that it is high time some sweeping changes should be made in the Pakistan team in the wake of the national side's disastrous tour to South African tour. 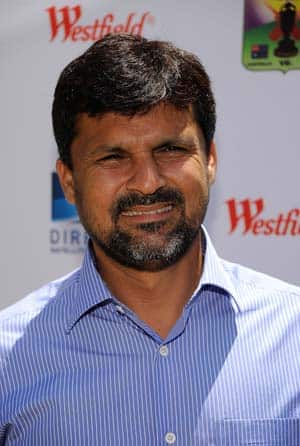 Former captain Moin Khan believes that it is high time some sweeping changes should be made in the Pakistan team in the wake of the national side’s disastrous tour to South African tour.

The former wicketkeeper-batsman minced no words in stating that the senior players had let the team down in South Africa both in Tests and in the One-day series.

“These players have served Pakistan cricket well for many years but now I think the time has come for the cricket board to take some tough decisions after the South African tour,” he said.

“I think there is a need for changes in the team and we need to now response more confidence and faith in our younger players like Asad Shafiq, Umar Akmal, Faisal Iqbal and some others performing well in domestic cricket. I think we need to start looking forward now,” Moin said.

The former captain said that Pakistan skipper Misbah-ul-Haq has led the side well in the last two years but its time to review his future in limited overs cricket.

“Younis Khan has also struggled in one-day cricket and Shoaib Malik is also not consistent. I think the board needs to think about the future. Those who are not performing consistently now and can’t finish the big matches, they must be replaced,” Moin said.

Pressure has been growing on the board to hold an inquiry into the performance of the team in South Africa with rumours rife about all not being well in the Pakistan dressing room on the present tour.

Moin also felt that experienced all-rounder Shahid Afridi was not at his best as a bowler as he didn’t appear fully fit.

“I think there is a fitness issue somewhere with him which is preventing him from bowling like he used to do. He was effective because he had pace in his deliveries and he went through his overs quickly.

“Now he is taking too much time between balls and he does not appear to bend his back fully like he used to do in the past to get grip and break,” he said.

Afridi, despite hitting his best batting form in the one-dayers against South Africa after more than one year, has gone wicketless in the three matches played so far in the series.

Moin said Afridi’s success with the ball was one of the primary reasons that Pakistan did well in one-day and T20 matches but in recent months his bowling had not been up to the mark which is why opposition teams were now regularly getting big totals against Pakistan.