Pakistan not sure of touring Zimbabwe for ODI series

Pakistan not sure of touring Zimbabwe for ODI series

The official didn't rule out the possibility of Pakistan offering to play a bilateral or tri-series of T20 matches in Zimbabwe.

Karachi: The Pakistan Cricket Board (PCB) is having second thoughts about committing to a bilateral one-day series or a tri-series in Zimbabwe in August-September. The afterthought has come about after the new-look Pakistan side outclassed Sri Lanka to gain an unassailable 3-1 lead in the ongoing five match ODI series in the island nation. The series win has also boosted Pakistan’s rankings in the ICC ODI standings and taken them to eight position, enough for them to qualify for the 2017 Champions Trophy before the cut-offs date. READ: Pakistan rise up ICC ODI rankings, inch closer to Champions Trophy berth

The top eight teams in the ICC ODI rankings on September 31 will automatically qualify for the Champions Trophy and before the series in Sri Lanka, Pakistan were languishing at ninth position. READ: Mohammad Hafeez playing like a champion, says Rameez Raja

An official of the cricket board confirmed to PTI there was some contemplation going on about playing ODI matches in Zimbabwe. “The bottom line is that we have to look at the interests of our own team and it is also a fact that we have as yet not officially committed to playing the tri-series with West Indies in Zimbabwe nor a bilateral ODI series with the hosts,” the official said. READ: How many Virat Kohli lookalikes will Pakistan produce?

He said that previous reports about the PCB confirming to play the tri-series in Zimbabwe were not correct. “No until now no agreement has been made for either the tri-series or bilateral ODI series. No final decision has been made as yet and we will discuss this next week when the Chairman Shaharyar Khan returns from London,” he said. READ: Pakistan to host England in UAE for 3 Tests, 4 ODIs and 3 T20Is in October-November 2015

The official didn’t rule out the possibility of Pakistan offering to play a bilateral or tri-series of T20 matches in Zimbabwe. “We enjoy very good relations with Zimbabwe cricket board particularly after the way they supported us by sending their team to Pakistan in May,” he said.

“We will discuss all matters with them as well before any final decision is made, but we would certainly not like them to lose out in any way and we can also look at a full series in near future as well,” he added. Zimbabwe is the first Test side to play in Pakistan since the 2009 militants attack on the Sri Lankan team bus in Lahore. 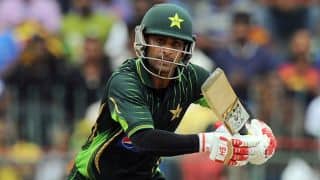 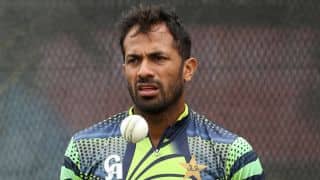