Karachi: Pakistan cricket selectors have decided against sending another replacement for the injury hit squad in Bangladesh after left arm pacer Rahat Ali was the latest to join the list of injured players, ruling himself out of the two Tests.

“They are no plans to send any replacement for Rahat to Bangladesh. The good news is that leg spinner, Yasir Shah who hurt his hand and had three stitches in his index finger has recovered well and is available for the first Test,” chief selector Haroon Rasheed told PTI.

He said that Yasir’s stitches had been opened and he was feeling fine and would start bowling and fielding in the nets.

“His availability is good news for us as it gives us more options in the bowling department for the two tests,” the former test batsman said.

The chief selector admitted that the manner in which Pakistan lost the one-day series and T20 match to Bangladesh was unexpected an setback to their plans.

“But they are some positives as yet from the tour as well and we will work on that,” he added. 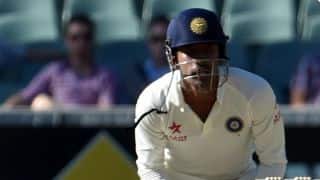