Imam-ul-Haq sustained the injury during training sessions for New Zealand series in Queenstown.

Pakistan opening batsman Imam-ul-Haq has been ruled out of the Test series against New Zealand after sustaining a thumb injury. The Pakistan Cricket Board said that Imam will return to home on Sunday. The southpaw sustained the injury during training sessions for New Zealand series in Queenstown.

Imam would undergo rehab at the high performance centre in Lahore.

With Imam’s injury, Pakistan concern only gets bigger as earlier all-rounder Shadab Khan was ruled out of next month’s home series against South Africa after sustaining a thigh injury.

Pakistan has been left to deal with a spate of injuries with all-rounder Shadab Khan being ruled out of next month’s home series against South Africa starting on January 26 due to a thigh injury. The series against South Africa will commence from January 26. The all-rounder will remain with the side in New Zealand, where he has started his rehabilitation programme under the supervision of the medical team.

“The MRI reports have confirmed it is a fresh injury and not the one that had sidelined him from the Zimbabwe series last month.

“The latest injury will be treated conservatively and Shadab will undergo a six-week rehabilitation programme during which he will have weekly ultrasound scans. After the competition of the six-week period, the medical panel will access and evaluate the injury before making a call on Shadab’s return to competitive cricket,” Dr Sohail Saleem of PCB said in a statement.

Earlier, Babar Azam is also on the injury list with a thumb fracture and The Pakistan skipper has already missed the T20 series and first Test in New Zealand.

The board said he is progressing well and had started practising with the hard ball.

PCB said a decision on whether Babar would play in the second Test beginning on January 3 at Christchurch would be taken on the eve of the match. 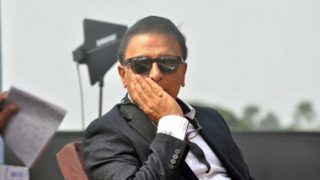 If I Say Rahane's Captaincy is Outstanding, I Will be Accused of Backing a Mumbaikar: Sunil Gavaskar 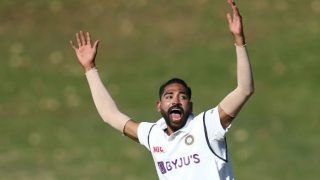