The 16-member squad fly early Monday and after two side games against county teams in England will play a one-off Test against Ireland at Dublin May 11-15.

Pakistan cricket captain Sarfraz Ahmed said he had high hopes for his young and inexperienced side on their tough twin tours of Ireland and England starting this month. The 16-member squad fly early Monday and after two side games against county teams in England will play a one-off Test against Ireland at Dublin May 11-15. They then face a formidable England side in two Tests at Lord’s (May 24-28) and Leeds (June 1-5).

Sarfraz said his players were eager to do well.”Our hopes are very high and I am very optimistic with these new boys,” he said after a short training camp in Lahore. The best thing about these players is that they are willing to perform well at the bigger platform.” Pakistan will be without senior batsmen Younis Khan and Misbah-ul-Haq who helped them level a four-match series 2-2 against England in 2016.

Both retired in May last year.”Whenever there is a tour of England the conditions are considered as tough. On our previous tour in 2016 we played matches in June but this year we are starting a bit earlier so obviously it will be difficult. We are obviously missing our two senior players and we have an inexperienced side,” said Sarfraz of his team which has five players awaiting their Test debut.

Openers Fakhar Zaman and Imam-ul-Haq, batsman Usman Salahuddin and allrounder Faheem Ashraf have featured in limited over matches but not in the five-day format. Middle-order batsman Saad Ali is picked for the national team for the first time after notching 957 runs — the most in the last domestic season.

Pakistan will miss ace leg-spinner Yasir Shah, ruled out of the tours with a hip injury.”If Yasir was fit he would have been an automatic selection but we still got good spinners and Shadab Khan is the best option,” said Sarfraz of the 19-year-old who has played just one Test.

While Ireland are playing their inaugural Test after being accorded the status just last year, Sarfraz said they would also be tough opponents.”They are a strong team with most of their players regularly playing in county cricket in England, so I am expecting a good competitive match against them.” 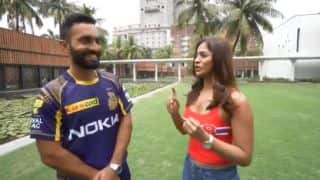