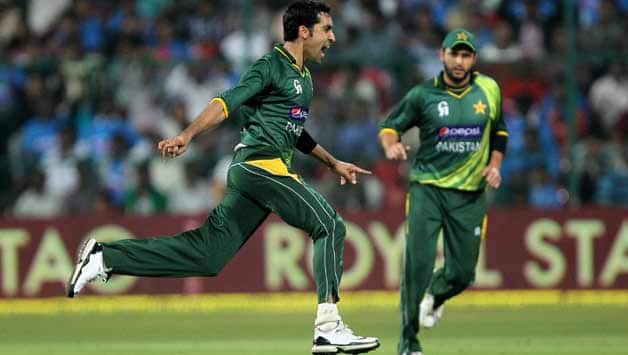 The Pakistan batsmen however had a routine net session at the Eden Gardens on Tuesday.

There was a tinge of green on the 22-yard strip at the Eden Gardens but it is certainly more about retaining the firmness of the pitch and can be expected to be shaved off before the start of the match.

The duo of Junaid and Irfan of 7 ft 1 inch fame, bowled four Indian top order batsmen in the Ahmedabad one-dayer to leave the hosts tottering at 29 for five in the 10th over, that set up the six-wicket win.

11 members of the Indian squad arrived in three batches from Mumbai, Bangalore and Delhi as they opted to take a day’s off.

India will practice on Wednesday afternoon followed by Pakistan.

Junaid Khan can be the next Wasim Akram, feels Younis Khan