BJ Watling is unbeaten on 18. Ehsan Adil took two for 61 for Pakistan.

Pakistan made a strong comeback in the second Test of the three match series against New Zealand, as they restricted the Kiwis to 295 for 6 at lunch on Day Two. After a tiring first day the Pakistan bowlers struck back in the second day morning. Both overnight batsmen, Tom Latham and Corey Anderson were dismissed by Ehsan Adil  and Rahat Ali respectively. Within the first three overs of the day, New Zealand slipped from 243 for three to 245 for five.

Though Rahat and Ehsan were successful and bowling in good areas, but Misbah-ul-Haq introduced Zulfiquar Babar in the attack in the eighth over of the day and he started to trouble the Kiwi batsmen. Soon after both Babar and Yasir Shah were bowling in tandem. The domination of the Pakistan bowlers reflected in the scoring rate of the visitors. After the first hour, New Zealand scored only 24 runs and survival at the wicket was their main objective.

New Zealand slipped further as soon after the drinks break James Neeshem also got out to Yasir Shah. The left-hander along with BJ Watling were playing the spinners well and kept the hopes of 400 plus score alive. But a soft dismissal cost Neesham’s wicket. Watling though kept fighting and remained not out on 18 of 72 balls at Lunch. Mark Craig was giving him company.

The Kiwis scored only 52 runs in the session and lost three wickets. It could have been worse for the visitors as the Pakistan fielders missed couple of easy chances. Though Misbah would take this anyway. 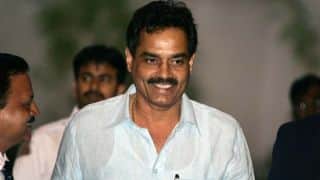 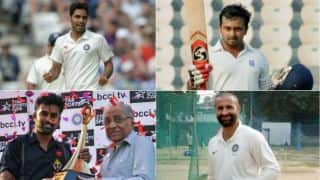