After registering a triumphant against England at The Oval in the last Test of the 4 Test series, Pakistan have retained their third position in ICC Test Team Rankings. Given the fact that the Test series between England and Pakistan resulted in 2-2 draw, both teams have managed to maintain their pre-series points of 111 and 108, respectively. but they have a chance to rise to the top position depending on how Sri Lanka vs Australia and the last Test between India vs West Indies goes by. However, if Sri Lanka beats Australia by 2-0 or better, then Australia will slip behind Pakistan, which would move to second. Full Cricket Scorecard, England vs Pakistan , 4th Test match

Sri Lanka’s win by 2-0 or 3-0, coupled with a 2-0 or 2-1 win for the West Indies against India will give Pakistan the number-one ranking for the first time since the official rankings were introduced in 2003. The highest Pakistan has ever reached is second position following its series win over England in the United Arab Emirates last year. ALSO READ:Pakistan script historic win against England; level series at The Oval

However, if Steve Smith’s side wins the third Test, then it will join Pakistan on 111 points and will be ranked above Misbah-ul-Haq’s side when the points are calculated beyond the decimal point. This result plus West Indies’ win or draw in Port of Spain will mean Australia will return home as the number-one ranked Test side.

Given all this, it is India who stands the best chance to go to the top spot. India will have to win their last Test against West Indies at Port of Spain which is to begin from August 18th. If India win the Test, they will regain the top ranking spot after conceding it to Australia following Australia’s 2-0 series win over New Zealand in February this year. 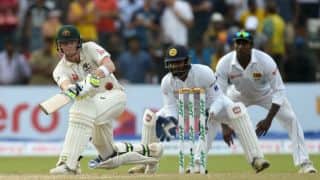 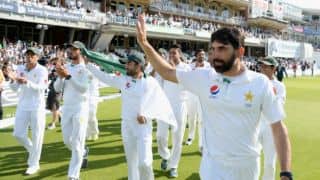