Pakistan Cricket Board (PCB) chairman Zaka Ashraf said Monday that Pakistan is a safe venue and talks are on with the International Cricket Council (ICC) and the Bangladesh Cricket Board (BCB) for resumption of cricket ties in the country. 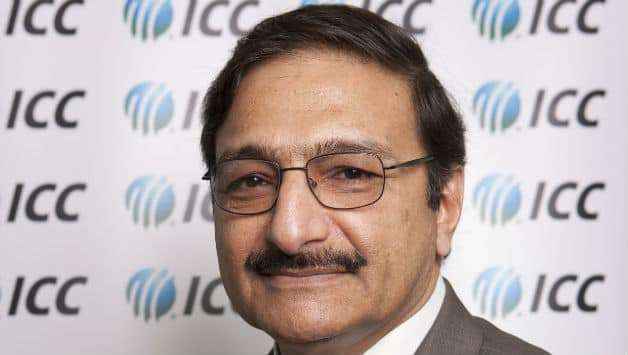 Pakistan Cricket Board (PCB) chairman Zaka Ashraf said Monday that Pakistan is a safe venue and talks are on with the International Cricket Council (ICC) and the Bangladesh Cricket Board (BCB) for resumption of cricket ties in the country.

Ashraf told IANS that he met ICC chief executive Dave Richardson on the sidelines of the third and the final ODI against India on Sunday and “talks were fruitful”.

“Pakistan is a safe venue for international cricket. Yesterday we had talks with the ICC and it has agreed in principle Pakistan can host international cricket teams. Last year, an ICC committee also assessed the security situation in Pakistan and the reports were positive,” Ashraf told IANS in an interview before leaving for Lahore.

Ashraf’s comments came a day after Richardson said it was “premature” to say if Pakistan was safe to host international teams.

Pakistan has been a no-go zone for international teams since the 2009 attack on the Sri Lankan cricket team in Lahore that left eight dead and injured seven cricketers of the visitors.

The PCB chairman said he was happy with the outcome of the talks with the ICC and hoped that things would improve in the coming days.

“Richardson has just taken over and I informed him about the detailed discussions we had in the past with his predecessor Haroon Lorgat. I am happy with the talks with ICC. Hopefully, the situation will improve in the coming few days,” he said.

“The Bangladesh tour is still on. There has been a change of guard in the BCB. I had talks with new BCB president Nazmul Hasan Papon and it was positive. We haven’t taken any decision on stopping our players from participating in the Bangladesh league,” he said.

Ashraf lauded the Pakistan team for winning the ODI series in India and hoped that the Board of Control for Cricket in India (BCCI) would reciprocate in the same way by sending team to visit Pakistan.

The short limited overs series, comprising two Twenty20 and three ODIs, was the first bilateral series between the two countries since the 2008 Mumbai attack by Pakistani terrorists.

“I am leaving India as a happy man for two reasons. First, we have won the series. And second, I have convinced the BCCI that the Indian cricket team will be safe in Pakistan. Having a home series in India is also a good idea and we have had extensive discussions with the BCCI on having one soon,” said Ashraf.

The PCB chairman hoped to see Pakistani players in action in the Indian Premier League (IPL). Pakistanis were a part of the inaugural season in 2008 but since then haven’t been picked by any of the franchises.

“Things are improving and inshallah that will happen soon as well,” he said.

With former Pakistani cricketers lauding Ashraf for taking positive steps in developing the game, the PCB chairman said: “I come from a corporate background. I believe that only cricketers should take cricketing decisions not the bureaucrats. That is the reason why we have given Javed Miandad (PCB director general) a free hand.”

Ashraf also said that Miandad’s cancelled trip to India was unnecessarily blown out of proportion. Miandad, whose son is married to India’s most wanted criminal Dawood Ibrahim’s daughter, was granted visa by the Indian government but the former Pakistan skipper cancelled his tour in the wake of the public outcry.

“It was a needless controversy not good for cricket. He never wanted to visit India,” he said.