The Pakistan Test team are due to arrive in Johannesburg on Sunday night to take on world champions South Africa in a three-Test series. 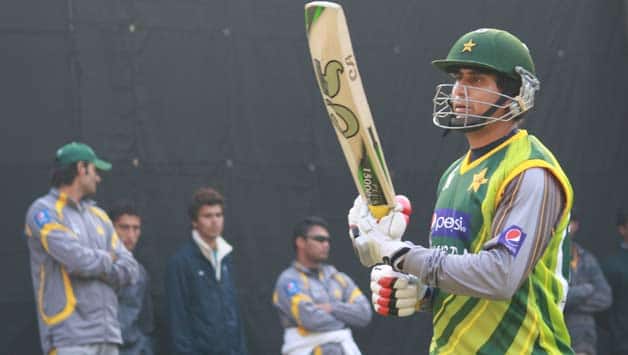 Nasir Jamshed looks on during a Pakistan training session © IANS

The Pakistan Test team are due to arrive in Johannesburg on Sunday night to take on world champions South Africa in a three-Test series.

It is Pakistan’s first visit to South Africa in six years and their biggest challenge could be to adapt to the pace and bounce of the pitches they will play on against a fast bowling attack generally acknowledged to be the world’s best.

They will have a four-day warm-up match against a South African Invitation XI in East London starting on Friday but conditions in the coastal city are less pace-friendly than is likely when they play the Test matches in Johannesburg, Cape Town and Centurion.

In the past 15 months, Pakistan’s Test series have been played in the Asian sub-continent or the United Arab Emirates, which has been their home base since visiting teams, stopped touring Pakistan following an attack on the Sri Lankan team bus in 2009.

In the year before that they had two high-scoring draws against South Africa in the UAE and toured New Zealand, West Indies and Zimbabwe.

Pakistan nevertheless have a Test squad which is likely to provide stronger opposition for South Africa than current tourists New Zealand, who were beaten by an innings in two Test matches.

“Pakistan will be a potentially tough series,” said South African captain Graeme Smith after the New Zealand series. “They have an exciting bowling unit and some experienced batsmen.”

The fast bowling attack will be spearheaded by the left-armer Junaid Khan, the tall Mohammad Irfan and the experienced Umar Gul, one of four members of the touring squad who were on the 2006/07 tour of South Africa.

Newcomer Ehsan Adil was a member of the Pakistan Under-19 team which played in a triangular tournament in South Africa in January 2012.

Younis Khan, who topped the Pakistan averages in 2006/07, is the outstanding player in a reasonable batting line-up, while Mohammad Hafeez and Faisal Iqbal also played in the 2006/07 series, which South Africa won by two matches to one.

In 18 previous Test matches between the two countries, South Africa have won eight, Pakistan three and seven have been drawn. Pakistan’s only series win was in Pakistan in 2003/04.

After spending Sunday night in Johannesburg, the Pakistanis will travel to East London on Monday to prepare for their match against the Invitation XI, captained by former international batsman Justin Ontong. 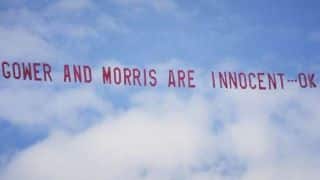 The day David Gower rode a Tiger in the middle of a tour match!