Pakistan side could have major changes following debacle against Bangladesh, says Shahryar Khan

Pakistan side could have major changes following debacle against Bangladesh, says Shahryar Khan

Pakistan recently lost three ODIs and a T20I against Bangladesh.

Karachi: Pakistan Cricket Board (PCB) Chairman Shaharyar Khan today said that there could be major changes in the national side after the recent debacle in Bangladesh where they suffered a humiliating whitewash in the One-Day International (ODI) and T20 International (T20I) series. Talking to the media during the inauguration ceremony of a ground in Islamabad, Khan also admitted that the current system in Pakistan cricket was flawed. Zaheer Abbas wants Waqar Younis to step down after humiliating defeats against Bangladesh

“There is a possibility of major changes in the team after the Bangladesh tour,” Khan said when asked about the increasing criticism on the Board and team after the losses in Bangladesh. Pakistan coach Waqar Younis has heart-to-heart talk with players after Bangladesh

Pakistan suffered a 0-3 ODI series whitewash and also lost their lone T20 International match against Bangladesh. “We are disturbed and upset at what has happened. Winning and losing is part of sport but the way we lost to Bangladesh in the one-day matches and T20 is unacceptable,” he said. Afridi downplays loss to Bangladesh, saying “bad times” are part of life

Khan said while it was true the national team was undergoing changes particularly in the one-day format but it still did not justify the lame performances against Bangladesh. Zimbabwe Cricket Union convinces players for Pakistan tour, demands financial incentives from PCB 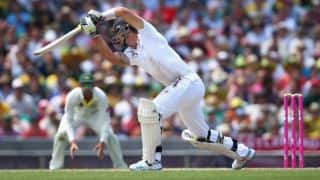