42-year old Misbah who is Pakistan's most successful Test captain with 20 wins under his belt scored a maiden century on Lord's against England in the first Test, which Pakistan won by 75-runs.

Karachi: Pakistan chief selector Inzamam-ul-Haq has ruled out any retirement options for national team captain Misbah-ul-Haq and believes the veteran batsman still has a big role to play in Pakistan cricket. “I don’t think age is of any consequence or matter if someone is as fit and motivated as Misbah in professional cricket. I see him around in Pakistan cricket as captain for a while now,” Inzamam said in an interview to PTI. “The way Misbah is playing now and looking at his fitness levels no one should be surprised to see him around in Pakistan cricket for coming tours and series. He still has a big role to play as captain and batsman for us,” Inzamam said. FULL CRICKET SCORECARD: Pakistan vs England 2016, 2nd Test at Old Trafford

The 42-year old Misbah who is Pakistan s most successful Test captain with 20 wins under his belt stood out in the first Test with a century in his maiden appearance at Lord’s and set up a remarkable win for his side. And despite Pakistan’s crushing 330 runs defeat in the second Test at Old Trafford, Inzamam said Misbah would continue to play a key role in the team.

“His experience, leadership and batting form will continue to prove invaluable for Pakistan in coming months,” the chief selector said. Inzamam said he was confident that Misbah with his experience and performances would be able to lift the spirits of the team in the remaining two Tests and help them recover after the defeat at Old Trafford. ALSO READ: Ben Stokes ruled out of Pakistan vs England, 3rd Test; Steven Finn called in

“We picked Misbah for this series because of his fitness and form and he has delivered. I see him and Younis Khan as the key to our success in coming series and tours.” Misbah decided against retiring from international cricket this year and accepted the challenge of leading the team in England after the Pakistan Cricket Board asked him to shelve any plans for retirement after he had retired from one-day cricket after the World Cup 2015.

Inzamam, who is Pakistan s most capped player, said there was no need for Pakistani cricket fans to press the panic button. “Look most of the players are playing in a test series in England for the first time in their lives. I am not disheartened by the second test defeat because better touring sides than us have come to England and struggled in their conditions.”

“I firmly believe this team has lot of talent and can bounce back in the two tests,” he concluded. 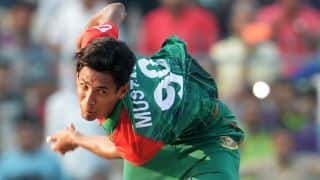