PCB has agreed with the ECB proposal in principle to have four points for every victory in Tests matches and two points in every win in limited-overs games.

The Pakistani and Sri Lankan cricket boards have agreed in principle on the proposal made by the England and Wales Cricket Board (ECB) ahead of their upcoming series. England will face Sri Lanka starting May 19, following which they will take on Pakistan at home. The ECB wants to have a points system for these two upcoming series, which will be in accordance to the system that is already there in place for the Women’s Ashes series. While some cricketers like Joe Root have welcomed the move, all-rounder Ben Stokes has his own reservations about it. ALSO READ: England, Sri Lanka Cricket Boards look to adopt points system prior to 2016 series

According to ESPNCricinfo, the Pakistan Cricket Board (PCB) has agreed with the ECB proposal in principle to have four points for every victory in Tests matches and two points in every win in limited-overs games. The ECB have proposed this system following its successful implementation in the last 3 Women’s Ashes series. Pakistan will be playing four Tests, five ODIs as well as a Twenty20 International from July to September 2016.

However, the proposal seems to be having a minor flaw. If either of England or Pakistan manages to register a clean sweep in the four-Test series, they will seal the series even without having played the limited-overs games. ALSO READ: Gary Ballance admits axing from England during Ashes 2015 hit him very hard

England’s vice captain, Joe Root, has welcomed the decision. Root said, “Whatever it is, it’s going to make it extremely competitive and it might bring all three formats together a little bit more.”

On the other hand, Stokes is not too impressed with the new system that has been proposed. He said, “I think it would be rubbish. They’ve changed a lot of things, but Ashes is Ashes, it’s a massive series for England and Australia and I don’t see why it should get changed. People who watch the game and follow the game, especially in the Ashes, would get a little bit like ‘why are we doing this?’ and I’d probably be in the same boat.”

An official from the ECB has confirmed that the cricket governing body has received agreement in principle from the Sri Lankan and Pakistani cricket boards, and it will be releasing further details on the arrangements soon. 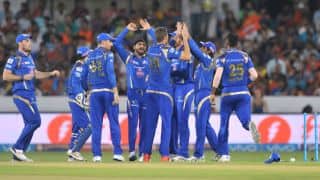 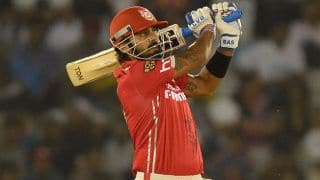