Pakistan will play their first ever day-night Test when they take on Steve Smith's Australians at Brisbane's Gabba stadium from December 15-19.

Brisbane: Pakistan will warm up for their first day-night Test against Australia with a match under lights in the tropical city of Cairns, Cricket Australia said Friday. The world number one Test team will play a Cricket Australia XI in Queensland’s far north from December 8-10. The match will feature a pink ball and provide Pakistan with their major lead-up game to the first Test against Steve Smith’s Australians at Brisbane’s Gabba stadium from December 15-19. ALSO READ: Edgbaston set to host England’s first ever day-night Test match

Day-night Tests using a pink ball are a central part of Australia’s home international schedule for 2016-17, which also includes hosting South Africa. It will be the first international match in Cairns since the resort town hosted Tests against Bangladesh and Sri Lanka in 2003 and 2004. Cricket Australia head of operations Sean Cary said Cairns was an ideal venue to host the tour match.

“The lighting at Cazalys Stadium is very good and the overall playing conditions are first-class,” he said. The pitch has had a very good reputation and we are confident it will provide a competitive environment”, concluded Cairns. Australia will be hosting Pakistan and South Africa this summer, and it is expected that there will be a day-night Test in each of the series Down Under.

Next August s match will also mean England have experience of a day/night Test should at least one of the fixtures in the 2017/18 Ashes in Australia be staged under lights. In order to help the West Indies prepare, their three-day tour game against Derbyshire in Derby from August 11-13 will be played under floodlights with a pink ball. 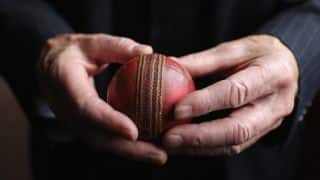