Pakistan will tour the Netherlands and Ireland for limited over series before going to England next summer.

Pakistan will tour the Netherlands and Ireland for a limited over series before going to England next summer to play their ICC World Test Championship matches, Pakistan Cricket Board said on Thursday.

Pakistan will play three ODIs against Netherlands and two T20Is against Ireland in July next year before they play two Tests in England.

“The VRA Cricket Club in Amstelveen will host the three ODIs on July 4, 7 and 9, while the two T20Is in Ireland will be played on July 12 and 14,” Pakistan Cricket Board (PCB) said in a statement.

The series between the Netherlands and Pakistan will be the first-ever between the two sides, though they have previously met thrice in ICC events.

The two T20Is between Ireland and Pakistan will be the first instance of the two teams playing each other in the shorter format in Ireland.

Pakistan, till date, have played six ODIs and a Test Ireland’s first appearance in the format in Ireland.

After the tour of Netherlands and Ireland, Pakistan will travel to England where they will play three World Test Championship Tests from July 30 to August 20 before taking on the 50-over world champions in three T20Is on August 29 and 31 and September 2 respectively.

“This series will contribute significantly in our endeavours to put together a strong and formidable side for the 13-team ICC ODI League, which commences next year,” KNCB chair Betty Timmer said.

“It will provide the much-required exposure and experience to our talented men’s side and will also help in the promotion and development of the game in our part of the world.”

Cricket Ireland’s performance director Richard Holdsworth said Ireland and Pakistan have a close affinity, both across men’s and women’s cricket.

“The two-match series will be well-timed, being just 12 weeks from the start of the T20 World Cup a tournament that we hope to be joining Pakistan via the Qualifier tournament later this year,” he said. 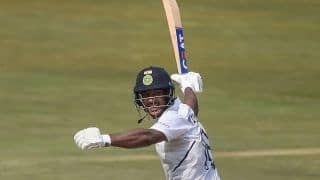