Pakistan on Monday announced it will play Afghanistan in a Twenty20 International later this year to help the development of cricket in the war-ravaged nation. 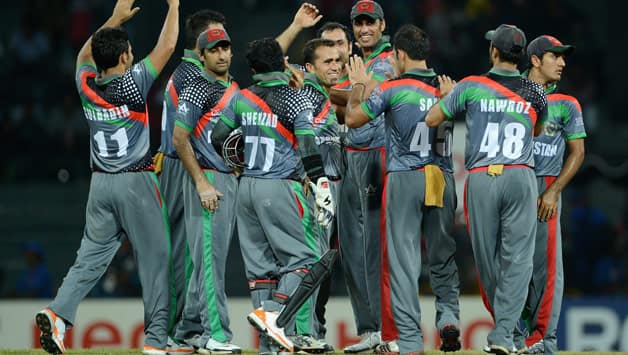 Pakistan on Monday announced it will play Afghanistan in a Twenty20 International later this year to help the development of cricket in the war-ravaged nation.

The two sides will meet on December 8 in Sharjah in the United Arab Emirates, a Pakistan Cricket Board (PCB) spokesman told AFP.

“Giving Afghanistan an international match is our contribution towards the development of the game in the neighbouring country,” the spokesman said.

The match is part of an agreement between the two countries in March under which the PCB will help Afghanistan improve its cricket infrastructure and team standard.

Afghanistan qualified for the last two World Twenty20 tournaments in 2010 and 2012 but lost all their matches. The Sharjah match will be their first against any top teams outside the International Cricket Council events.

Cricket has become the most popular sport in Afghanistan since the fall of the Taliban regime in 2001. Afghans learned the game in refugee camps in Pakistan after they were forced to leave their homes in the wake of the Soviet invasion in 1979.

Afghanistan Cricket Board chief executive Mohammad Murad expressed delight at the latest opportunity for his team.

“We are excited by the opportunity to play against a full [ICC] member nation,” Murad said in Kabul.
“Win or lose, the experience gained by our players will be absolutely invaluable.”

Full members are entitled to play Test matches while Afghanistan is an associate ICC member.