A female secretary was allegedly seen walking into Vithanage's room during the Galle Test.

Sri Lanka cricketer Kithuruwan Vithanage found himself embroiled in a controversy over an alleged sex scandal which allegedly occurred during the first Test between Sri Lanka and Pakistan at Galle.

According to Asian Mirror, a female secretary with the Sri Lanka Cricket (SLC) had allegedly walked into Vithnage’s room in the hotel in which the team was staying during the Test. This interaction between them was spotted and reported by a senior member of the team, who apparently complained about the incident to prevent his team from getting a bad name.

The SLC officials are now exploring the options of holding an inquiry against Vithanage for breaching the disciplinary conduct of the players during the match.  What is yet to be unanswered is the question as to how the female secretary, who had no official duties during the Galle Test, was allowed to interact with the players.

SLC officials are in talks with the hotel authorities to obtain the Closed Circuit Television (CCTV) footage in order to verify the senior player’s claims, only after which they would be authorised to hold the inquiry.

Vithanage made his Test debut for Sri Lanka on 8 March 2013 Galle against Bangladesh and One day International (ODI) debut on 25 December 2013 at Abu Dhabi against Pakistan. He was called back to the team by the Selections Committee  for the Test series against Pakistan. 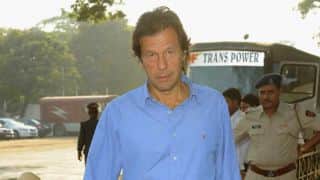