Pakistan tour of West Indies 2017 will be free from controversies, says Talat Ali

Pakistan tour of West Indies 2017 will be free from controversies, says Talat Ali

Talat Ali also expressed confidence that there would not be any disciplinary issues during the Caribbean tour because of the zero-tolerance policy adopted by the PCB.

Karachi: In the wake of the recent Pakistan Super League (PSL) spot-fixing scandal, national team manager Talat Ali has assured that the upcoming tour of West Indies will be absolutely controversy-free. The former Test opener, who has started his second tenure as team manager after a stint between 2006 and 2008, said that his players are keen to move on from controversy and looking forward to shift their focus entirely on the coming fixtures. As we all know the inquiry into the [spot-fixing] scandal has started. At this point in time, we must focus on the coming fixtures, particularly the three ODIs. We are going [to the West Indies] with clarity in the mind that together our goal is to not just perform well but Insha Allah win the series, the Dawn quoted Talat Ali as saying. Full Cricket Scorecard: West Indies vs Pakistan 2017, 1st T20I at Barbados

Talat also expressed confidence that there would not be any disciplinary issues during the Caribbean tour because of the zero-tolerance policy adopted by the Pakistan Cricket Board (PCB). I m a strict disciplinarian and will see to it that there are issues as regards players misbehaving or bringing the game into dispute. Our primary target is to focus on the game. But it does not mean they won t enjoy touring as long as they remain great ambassadors of Pakistan cricket, he said. The 66-year-old also revealed that both PCB chairman Shaharyar Khan and PSL chairman held an exclusive meetings to discuss the issue and, therefore, he remains hopeful that the upcoming series would go smoothly.

Both PCB chairman [Shaharyar M. Khan] and Najam Sethi [chief of PCB executive committee] held exclusive meetings in this regard with the players and clearly told them where they stood. So I feel this will, Insha Allah, be a great trip for the boys. The tour to New Zealand and Australia [when Talat s predecessor Wasim Bari was the team manager] also went smoothly [discipline wise] despite poor [on-field] results, he added. 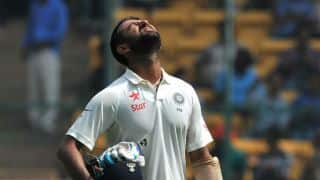 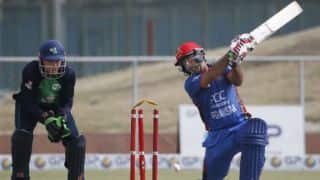