Top Pakistani umpire Aleem Dar on Thursday said he would not retire in the wake his criticism for some poor decisions during the India-England Mumbai Test, saying he has moved on. 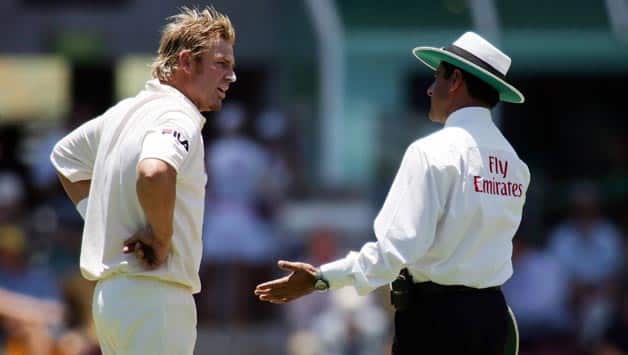 Top Pakistan umpire Aleem Dar on Thursday said he would not retire in the wake his criticism for some poor decisions during the India-England Mumbai Test, saying he has moved on.

Dar said he would retire from the game the day he feels he cannot do his duties as international umpire properly.

“Every umpire has a bad day and can make mistakes. It happens to everyone. But I will step down from the elite panel and retire from umpiring the day I feel I have lost the confidence to supervise a match properly and give decisions,” he said.

Australia’s former Test great Shane Warne had lashed out at Dar in a tweet, saying he had always been a poor umpire and bad decision maker.

Dar said he had not read Warne’s tweet nor would bother to read it.

“He has been a great player for Australia and it is his opinion. But I can’t afford to start taking all criticism to heart. For me the match is over and I have done a analysis of my performance and it is time to now move on to the next game,” Dar told Geo Super channel.

Dar also said he couldn’t comment on whether the ICC should take note of Warne’s criticism of a elite panel umpire.

“I have nothing to do with that.”

Dar also said that Warne after retiring from cricket now had a new profession as media person and he had his duties to fulfill.

“He has his job to do and I have mine to do so it does not bother me what anyone tweets about me,” he said.

The Pakistani umpire said he personally favoured having the Umpires Decision Review System (UDRS) in place for all the matches.

“I personally feel it has been helpful for the umpires and modern technology has only helped umpires improve upon themselves,” he added.