Australia will take field against Pakistan in Dubai with three debutants in their playing XI for the first Test that starts from Sunday.

Australia will take field against Pakistan in Dubai with three debutants in their playing XI for the first Test that starts from Sunday. Aaron Finch, Travis Head and Marnus Labuschagne will all be playing their maiden Tests at the Dubai International Cricket Stadium.

Fast bowler Peter Siddle will be playing his first Test in two years after he was preferred over newbie Michael Nesser. Top-order batsman Matt Renshaw though is a surprise omission from the 15-man squad named announced last month for the two-Test series against Pakistan.

Renshaw copped a blow to his head while fielding at short leg during the tour match. Explaining his decision to leave Renshaw out of the XI, Australia captain Tim Paine said lack of match practice was the reason behind the decision. “The decision was made that he just hadn’t played enough cricket, ,” Paine was quoted as saying by cricket.com.au on Saturday.

“Marnus has played quite a bit of cricket on the A tour and he’s in really good form and he deserves a chance. (Renshaw) has had a bit of an unlucky run with injury, he missed a game in India (on the A tour) and then got hit on the head and couldn’t bat in the (tour) game.”

Nesser had impressed in the drawn tour match against Pakistan but the experienced Siddle was given the go ahead owing to his recent form in the county championship for Essex where he claimed 37 wickets at an average of 16.40.

“We just think Sidds (Siddle) has been playing quite a bit of cricket, he’s in good form. We knew he was playing really good cricket in the lead-up,” Paine said. “We just thought we’d give ‘Nes’ a chance to play in that tour game to get some cricket into him.

“And with the conditions over here, we thought it was important he had a game under his belt in case we need him in the second game in case anything happens to any of our quicks in this game.” 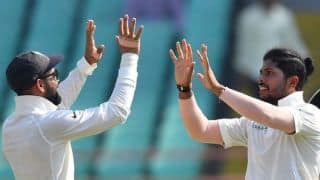 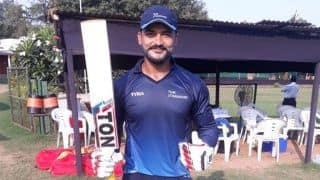