Junaid Khan twisted his knee during practice and has been advised to rest at the moment.

An under-strength Pakistan received another blow on Wednesday when frontline paceman Junaid Khan was ruled out of the ODI and Test series against Australia after injuring his knee in practice.

Pakistan are already without off-spinner Saeed Ajmal who was last month suspended from all forms of international cricket for an illegal bowling action. Last week all-rounder Mohammad Hafeez suffered a hand injury which forced him out of the limited-overs series.

Pakistan lost the only Twenty20 match by six wickets in Dubai on Sunday and started the three-match one-day international (ODI) series with a 93-run defeat in Sharjah on Tuesday.

According to team manager Moin Khan, 24 year-old Junaid twisted his knee during practice and, after an MRI scan, was advised to rest for up to six weeks. “Junaid injured a cartilage in his knee during nets on Monday and after an MRI he has been advised a four- to six-weeks’ rest,” Moin told AFP.

“He will receive treatment back home,” said Moin. “It’s another big blow to us as he is one of our best bowlers in one-days and Tests.”

Pakistan face Australia in the second ODI in Dubai on Friday, a third in Abu Dhabi on Sunday followed by a two-Test series.

Complete coverage of Pakistan vs Australia in UAE here Saeed Ajmal to be sent for biomechanic test 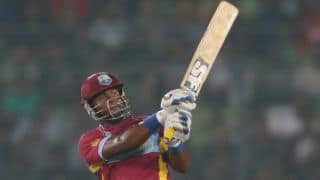