Pakistan vs Australia 2014: My performance in this Test match has been disappointing, says Michael Clarke

Pakistan vs Australia 2014: My performance in this Test match has been disappointing, says Michael Clarke

Clarke says his outing in this Test has been disappointing. Admits that he should've opted for a DRS in the second innings.

Australian skipper Michael Clarke admitted that his performance in the going first Test against Pakistan has been disappointing one. The skipper also said that it was a mistake not opting for a Decision Review System (DRS) after he was adjudged leg-before in the second innings. Replays showed that there was a bit of bat before the ball brushed the pads. Evaluating his team’s batting performance, Clarke said that most of the wickets they conceded to spinners were actually deliveries that didn’t spin enough.

“My performance in this Test match has been disappointing with the bat. There’s no doubt about it,” Clarke was quoted as saying by the official website of Cricket Australia. On not opting to review his dismissal, Clarke added, “It was certainly a mistake, an error on my part looking back at the replay once I walked off the field. I’m extremely disappointed. I’m disappointed that it was even that close. The ball didn’t really spin much. I should have used my bat.”

“All three facets of the game haven’t been good enough so far in this Test match. In subcontinental conditions, generally your first innings is your key, you need to go as big as you can I know Pakistan had the best of batting conditions, but I think in the second innings they showed again their class, batting on wickets that have a little bit of spin.

“But it’s not so much the spin. I think it’s the slowness of the wicket. The spin is a little bit inconsistent and I think that’s probably what has caught us out today, guys have played for spin and a lot of us have been out to balls that actually haven’t spun too much.” said Clarke.

Australia are reeling at 59 for four needing 371 runs more to win the Test. With the pitch offering assistance to the bowlers and Clarke, Australia’s better players against spin already back in the pavilion, the visitors have a huge task of saving this Test. 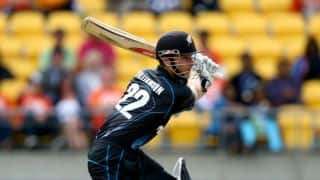 New Zealand vs South Africa 2014: Kane Williamson eager to get back from injury 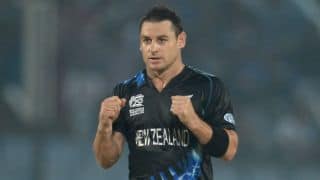