Michael Clarke failed as Australia failed in the run-chase against Pakistan A at Sharjah.

Skipper Michael Clarke failed again as Australia lost a four-day warm-up game against Pakistan A by 153 runs in Sharjah on Saturday. Clarke, who is recovering from a hamstring injury and needed some batting practice ahead of Wednesday’s first Test against Pakistan in Dubai, managed just five off as many balls before he was bowled by left-arm paceman Rahat Ali on the fourth and final day at the Sharjah Cricket Stadium.

Clarke made only ten in the first innings but not much can be read into Australia’s loss as the match was meant for practice only. Australia, chasing 339 to win were bowled out for 185 in their second innings with paceman Mohammad Talha (3-32) and left-arm spinner Raza Hasan (3-60) destroying Australia’s plans for some useful practice.

Pakistan ‘A’ had made 305-8 declared and 306-3 declared in their two innings. Australia had made 273-8 declared in their first knock. Also failing in both the innings was opener Chris Rogers who followed his first-ball duck with three in the second outing before he was run out. But the other opener, Phil Hughes, made 65, fit-again Mitchell Marsh scored 35 and tail-ender Peter Siddle hit 41 as Australia lost their last seven wickets for just 68 runs.

Ali (2-36), likely to spearhead Pakistan’s pace attack in the first Test with Talha, was also impressive. The second Test will start in Abu Dhabi from October 30. 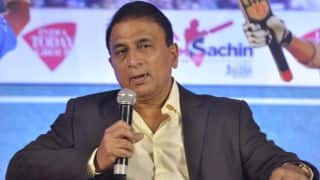 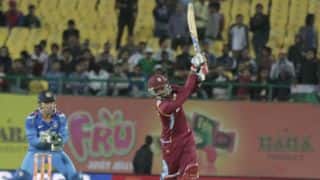