Afridi hopes he will be able to guide the young squad towards the 2016 World Twenty20.

Pakistan and Australia look to build up their squads in the shortest format of the game when they meet in the lone Twenty20 international in Dubai on Sunday, but both are missing key men.

Pakistan, who were World Twenty20 champions in 2009, will be without their key spinner Saeed Ajmal who is suspended from international cricket after his bowling action was found illegal last month.Ajmal had been single-handedly shouldering Pakistan’s bowling attack, having taken 85 wickets in 63 Twenty20 matches — the highest by any bowler in this format.

The wily spinner has missed only three T20 matches out of the 66 Pakistan have played since his debut in 2009.If Ajmal’s loss wasn’t enough, spinner and allrounder Mohammad Hafeez was also ruled out of the Twenty20 and three one-days after injuring a hand during a practice game on Friday night.

“Hafeez always plays a key role and its unfortunate to lose him,” said Afridi on Saturday.

“But this gives an opportunity to youngsters to fill in and show their talent. I am confident with the side I have,” said Afridi.

Pakistan had a miserable World Twenty20 in Bangladesh in April where they failed to reach the last four for the first time in five editions of the tournament. That prompted captain Hafeez to step down, handing the responsibility to all-rounder Shahid Afridi for a second time. Pakistan have included left-arm spinner Raza Hasan to replace Ajmal and also have an exciting leg-spinning all-rounder in Saad Nasim who is uncapped at this level.

Australia too have a new captain in Aaron Finch who took over after George Bailey stood down to concentrate on one-day cricket. Australia also went out of the last World Twenty20 in the group stages but they have won six out of their nine shorter format games this year compared to Pakistan’s two from four.
Finch also has a young squad at his disposal after experienced all-rounder Shane Watson was ruled out of the full tour with an ankle injury. His likely replacement Mitchell Marsh was also out of the tour due to a hamstring injury

Paceman Pat Cummins will also miss out due to his involvement in a Twenty20 tournament in India, but dashing hitter Glenn Maxwell and uncapped leg-spinner Cameron Boyce have joined the squad.Finch said Pakistan will miss Hafeez.

“He (Hafeez) is obviously a great player and its unfortunate for Pakistan (to lose him),” said Finch on Saturday. Australia are also able to include Phil Hughes, Steve O’Keefee and Nathan Lyon — part of the touring party — for Sunday’s game. The Twenty20 will be followed by three one-dayers and two Tests. 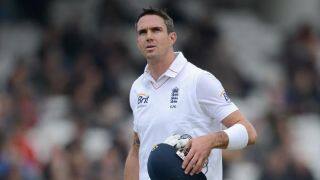 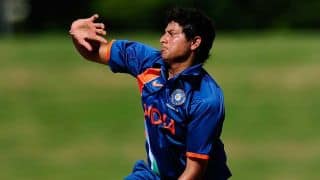