Glenn Maxwell has not complaints on missing out on a hundred during the fourth ODI win against Pakistan.

Glenn Maxwell has not complaints on missing out on a hundred during the fourth ODI win against Pakistan that handed Australia a 4-0 lead in the ongoing five-match series. (READ: Pakistan lose despite Abid Ali, Rizwan centuries)

Maxwell, in the final over of Australia innings, went for a difficult second run but was caught short of his ground to depart on 98, thus missing out on what could have been his second ODI century.

“I’m not going to look back on my career when I’m done and think about all the hundreds I’ve missed,” Maxwell said after Australia secured a thrilling six-run win in the final over on Friday. “I’m going to think about the wins we had.”

Maxwell’s innings was the reason Australia recovered from a sticky 140/5 to post a decent 277/7. He added 134 runs with Alex Carey (55) for the sixth wicket before departing in the final over of the innings.

“It would have been nice to get a hundred but I was really happy with the way I played today. To put that partnership on with Carey, to get us to a total we thought we could defend – I was really proud of the way I went about it. The hundred doesn’t really matter too much to me.

“I’ve made a lot of mistakes as a middle-order batter and not quite made it to the time when I can go. It was nice to be there for the back end and delay the bigger hitting until a little bit later when we felt like we could comfortably get to a total we could defend,” the 30-year-old said.

Maxwell is also happy with the way Australian team has been peaking right ahead of the ICC World Cup after enduring a year of horrible results that saw them losing their past four ODI series in 2018-19. However, a turnaround came during the limited-overs tour of India when they beat the hosts in T20Is and ODIs and are currently on a winning streak of seven-straight ODI victories.

“If you look back six to seven months ago, probably even less, we were probably on the other side of it. We were finding ways to lose when we were in winning positions. It’s a funny thing winning momentum. When you’re winning games, you just find a way to win. That’s the great thing about this group at the moment. We’re finding ways to win in different conditions, different ways,” he said. 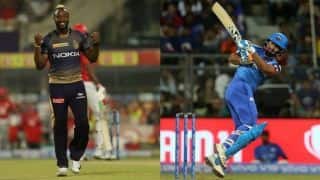 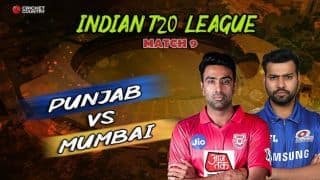