Marsh on the verge of maiden Test fifty; Australia reach 200.

The fifth-wicket pair of Steven Smith and Mitchell Marsh brought up the 100-run stand  on the final day of the second Test at the Sheikh Zayed Stadium in Abu Dhabi on Monday.

The duo of Smith and Mitchell Marsh had earlier brought up the fifty-run stand for the fifth-wicket. The stand will be crucial for Australia’s chances of securing a draw in the final Test, though it will be very difficult for them to level the series at this juncture.

Australia began the fifth and final day, resuming from their overnight score of 143 for four from 48 overs, chasing a target of 603 runs. Pakistan had earlier declared at 293 for three, with a healthy lead. Australia had to bat a little more than four sessions in order to save the Test match, and they started on a bad note.

Chris Rogers departed early after Asad Shafiq took a simple catch at leg slip. Glenn Maxwell who came at No 3, didn’t last long as he was dismissed LBW by Zulfiqar Babar. In the final session, skipper Michael Clarke fell in the first over itself.

After his dismissal, David Warner and Steven Smith combined well and formed a 58-run partnership to give Australia a glimmer of hope of saving the Test match. Warner fell soon after scoring his 50, and it was left to Mitchell Marsh and Smith to hold fort for Australia until stumps. 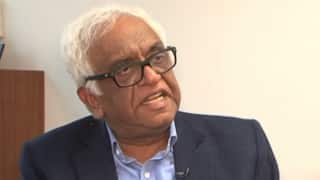 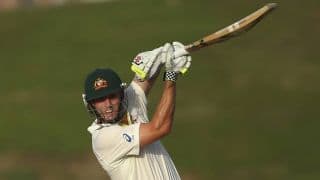