The unbeaten 120-run stand between Younis Khan and Azhar Ali has steadied the Pakistan innings after they were reduced to 6 for 2.

No play was possible as rain washed out the first session on the third day in the third Sydney Test between Australia and Pakistan on Thursday. Covers protected the Sydney Cricket Ground (SCG) pitch and surrounds, with little likelihood of play into the early afternoon. Pakistan will resume at 126 for 2 with Azhar Ali on 58 and Younis Khan on 64 in reply to Australia’s 538 for 8 declared. Australia had reduced Australia to 6 for 2 in the early stages, courtesy of a double strike from Josh Hazlewood. But the unbeaten 120-run stand between Younis and Azhar has steadied the Pakistan innings. Play is most likely to resume after lunch as the weather condition seem to be improving at Sydney.

Pakistan s first target will be to avoid the follow on. They still have to get 113 runs to do so. Australia have a strong bowling attack in Mitchell Starc, Hazlewood and debutant Hilton Cartwright along with the two spinners to bundle out Pakistan for a low score. Pakistan have often collapsed from a good position quite often of late and they will hope that is not the case in this match as well.

On Day One, Australia had won the toss and elected to bat first. O Keefe and Cartwright make it to the playing XI for the first time in the series for Australia. Pakistan have roped in Sharjeel Khan and Imran Khan for this match in place of Sami Aslam and Sohail Khan. Australia have already won the series after victories in the Brisbane and Melbourne Tests, while Pakistan are battling to avoid their 12th straight Test defeat in Australia. 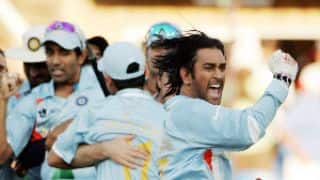 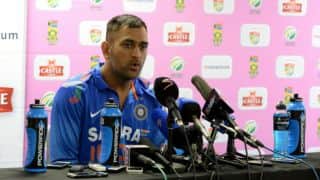