Interestingly, this series has not witnessed either team scoring close to 300 or above. In fact, both Australia and Pakistan have registered wins after posting totals.

Pakistan will return to Sydney Cricket Ground (SCG) to take on Australia once again on this tour, after having suffered a huge defeat at this iconic venue earlier. Pakistan were clean swept in the Test series 3-0, and they now stand the danger to lose the five-match ODI series as well, with Australia being ahead 2-1 after three games. Pakistan did show a lot of improvement in their only victory of this tour at MCG, but they went back to being erratic in the following game and ended up giving the hosts a crucial advantage.

Pakistan have been inconsistent across all the departments, and the innumerable mistakes that they have made in the first as well as the third ODIs have led to their downfall. Pakistan have dropped sitters, and their bowlers have overshot the crease several times. Their batsmen, in general, continue to misfire, as they have squandered chances to make big scores on batting-friendly wickets. Pakistan lost the first ODI by 92 runs and the third by 7 wickets, but they did pop up with an impressive 6-wicket victory at MCG, which implies that the visitors cannot be written off entirely.

On the other hand, Australia seem to have found their form after two ordinary games. In the first ODI, they were restricted to 268 for 9, but their bowlers did well to earn them a big 92-run victory. In the second game, they were perhaps at their poorest, being bowled out for 220 inside 50 overs to concede Pakistan a much needed victory. Steven Smith did lead Australia s fight-back with a laborious 60, but it was not enough. He spilled a catch to get rid of Mohammad Hafeez in the first over of Pakistan s chase a drop that proved too costly.

However, it was in the third game when Australia showed rhythm. Josh Hazlewood continued to keep a lid on the runs, as he returned with figures of 10-0-32-3. David Warner, who had two quiet games to begin with, returned to form when he stroked his way to 38-ball 35, studded with 5 boundaries. However, Australia will be pleased to see the way they finished the victory, with the debutant Peter Handscomb utilising several lifelines to score a brisk 84 in Australia s chase of 264.

Smith scored a fluent unbeaten 108, but most importantly, he was able to stay till the end to guide Australia to the win, which bodes well for the hosts in the games to come.

Pakistan have remained without the services of Azhar Ali in the last two ODIs, while Sarfraz Ahmed and Mohammad Irfan returned home before the series.

Hafeez, however, has done well captaining Pakistan in the absence of Azhar.

Mohammad Rizwan, on the other hand, has failed to provide impetus, but he has ensured that were no mistakes from his end. As far as Pakistan s bowling is concerned, Mohammad Aamer, Junaid Khan and Hasan Ali have formed a formidable attack, which has time and again troubled the Australian top order.

Interestingly, this series has not witnessed either team scoring close to 300 or above. In fact, both Australia and Pakistan have registered wins after posting totals. But keeping in mind that Australia reached their target of 264 in 45 overs in the previous game at Perth, the hosts can be backed to breach the 300-run mark for the first time in this series, especially with Sydney being a batting-friendly wicket.

As far as team combinations are concerned, Australia might bring Mitchell Starc back into the mix after resting him for the third ODI, in place of Billy Stanlake. Pakistan, on the other hand, should retain their playing XI unless Azhar is fit or Sarfraz returns. 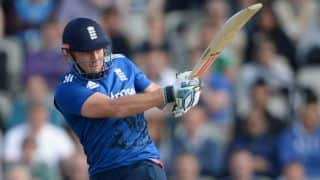 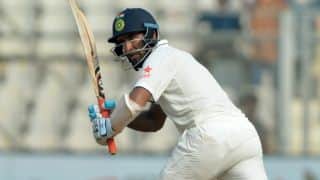