Pakistan take on Australia in the third and final One-Day International (ODI) at Abu Dhabi on Sunday.

Pakistan take on Australia in the third and final One-Day International (ODI) at Abu Dhabi on Sunday. Having already lost the first two matches of their three-match series, Pakistan’s pride will be at stake as they have not been able to match their opponents from Down Under.

Under-pressure Pakistan skipper Misbah-ul Haq vowed to fight on despite losing the one-day series against Australia, insisting he has not thought about relinquishing the captaincy. Pakistan went down by five wickets in the second day-night international in Dubai on Friday, handing Australia an unbeatable 2-0 lead in the three-match series.

The defeat added further pressure on the embattled Pakistan captain as former greats demanded Misbah be sacked. The Pakistan Cricket Board appointed Misbah as one-day captain until the World Cup in Australia and New Zealand in February-March next year. According to AFP, Asked if he was thinking of standing down, Misbah said: “I have not thought about the captaincy. I will fight on.” 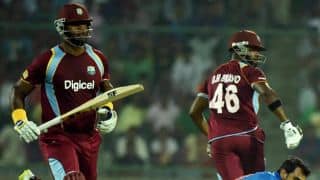 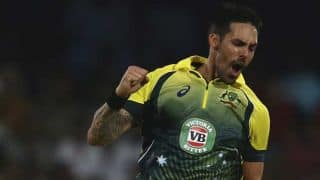