Both the teams have enough ammunition in their canons but Pakistan have a formidable bowling attack which will hold the key.

Pakistan will take on Bangladesh in the 14th match of the ICC World T20 2016 at Kolkata on Wednesday. This is a Group 2 match, and the second encounter of the Super-10s. Pakistan lack form at present whereas Bangladesh are boosting with confidence after a prolific run in the First Round through which they reserved a berth in the Super 10s. Both the teams will eye a win and kick start their run on a winning note. Both the teams have enough ammunition in their canons but Pakistan have a formidable bowling attack which will hold the key. Pakistan have been slightly out of touch and will look to gain momentum before taking on the big guns in the tournament. Live Cricket Scorecard: Pakistan vs Bangladesh,14th T20 Match, Super 10 Group 2, ICC T20 World Cup 2016

Bangladesh have been in astounding form in the recent times as they had a productive run in the Asia Cup 2016 where they endured a defeat in the finals of the tournament at the hands of India. Later, they battled against the likes of Netherlands, Ireland and Oman to sculpt a spot in the Super 10s. At first, they registered a convincing victory against Netherlands where they won the game by eight wickets. Their second game against Ireland was washed out after which they conquered Oman in a do or die match. Their bowling attack has been phenomenal so as their batting.

Tamim Iqbal has been in alluring form and has scored runs on a consistent basis. In the decisive game against Oman, he smashed a scintillating century which was also the first by a Bangladeshi batsman in T20I cricket. He will hold the key at top. Sabbir Rahman too has been impressive as he’s been the silent contributor. Their man in form Mahmudullah’s presence too will be of vital importance in the middle-order.  READ: Tamim Iqbal coming in for Mustafizur Rahman could be the boost Bangladesh need in Asia Cup T20 2016

For Pakistan, they will look to seek revival of fortunes in this format as the recent times have been awful for the star studded side. The last time when these two teams met was in the Asia Cup 2016, where Pakistan suffered a tragic defeat. They have a fantastic bowling attack with the likes of Mohammad Aamer, Wahab Iraz, Mohammad Irfan and Shahid Afridi. They probably have the best pace attack in the tournament but what has hurt them the most is their ineffective batting.

They have some big names in their batting line-up with Mohammad Hafeez, Umar Akmal, Sarfraz Ahmed and Ahmed Shehzad. They are proved match winners and can win the game sigle-handedly on their day. Pakistan will hope their batting to click and rediscover their mojo as their next encounter is scheduled against arch-rivals India. 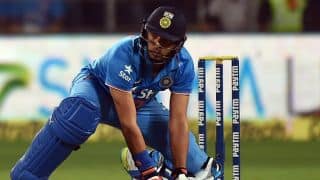 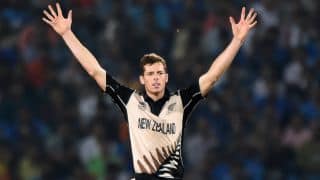