Pakistan take on England in the fourth and final One-Day International (ODI) at the Dubai Sports Complex on Friday.

Pakistan take on England in the fourth and final One-Day International (ODI) at the Dubai Sports Complex on Friday. England currently lead the series 2-1 after their match-winning performance in the previous game, where they registered a comfortable six wicket win. They now look to win the ODI series 3-1 with a win in the final game, while Pakistan would aim to avoid a series defeat at home and share the trophy, with the possibility of winning the series out of their hands by now. SCORECARD: Pakistan vs England 2015, 4th ODI at Dubai

Considering their performance in the previous game, Pakistan were shaky in all departments,. Mohammad Hafeez was the only star performer of the game, scoring 45 runs that included two fours and as many sixes. Azhar Ali (36) and Wahab Riaz (33) were the other major contributors. Their bowling too was below par, getting just four wickets out of which debutant Zafar Gohar claiming two wickets for 54.

England, on the other hand, put up an dominant performance on the field. They had a good day out with the ball, especially Chris Woakes who claimed four wickets for 40. They also put up a good show with the bat, with James Taylor and wicketkeeper-batsman Jos Buttler remaining unbeaten on 67 and 49 respectively to guide their side to victory. Waqar Younis draws criticism from Javed Miandad after Pakistan vs England 2015, 3rd ODI loss

Going by the current scenario, the several changes are likely for Pakistan, the opposite of which would be the prediction for England. Although Pakistan fielded a decent XI in the last game, it was mostly their poor luck that refrained them from putting up a fighting show. Changes in the batting line-up will not be necessary, given the fact that it is full of talented members. The only change they can go for is replacing bowler Babar Azam with either of Ahmed Shehzad or Aamer Yamin, owing to his poor performance in the last game.

Though England are likely not to disturb their winning combination, there are a couple of areas they need to look at. Jason Roy poor run could pave way for Sam Billings. . Also, they could bring in Liam Plunkett for Adil Rashid, who had a poor outing with the ball in the last game.. It wouldn’t come as a surprise though, if Morgan doesn’t announce any change at the toss on in the fourth game. Eoin Morgan pleased with team’s performance after Pakistan vs England 2015, 3rd ODI win

With the game being played in Dubai, and the track known to be fairly supportive of batsmen, both teams will look to go with an evenly balanced side in order to fight it out and come out on top, as well as emerge victorious. Although the momentum is on the visitor s side, Pakistan’s unpredictability as well as their experience in the local conditions makes them a side to watch out for despite their defeats. Expect the final one-dayer to be a cracker of a game. 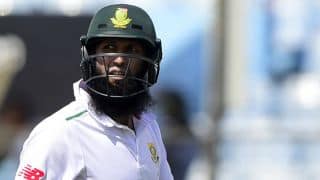 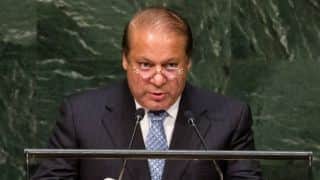