The Pakistani pacer was omitted from the Test squad for the upcoming series against England in UAE.

London: Stuart Broad has revealed that he would have no problem facing disgraced Pakistan fast bowler Mohammad Aamer if they meet against each other in the coming 12 months. Aamer, who became eligible to represent his country after serving his five-year ban for the 2010 spot-fixing scandal during the Lord’s Test, was omitted from both Pakistan’s squads for next month’s Test matches and the Pakistan A warm-up games against England in the United Arab Emirates. “I genuinely don’t know what it’ll be like [ facing him again],” Broad was quoted as saying by ESPNcricinfo. READ: Mohammad Aamer left out of Test squad for Pakistan-England Test series in UAE

“There was obviously quite a big cloud over that Test series victory in 2010. But the ICC gave the players punishments and they are getting close to having served them,” the England fast bowler said. Broad, who slammed his maiden Test century at Lord’s five years ago, insisted that he was ready to put aside the past and accept his Pakistan counterpart into the international fold.

“I’ve seen a few interviews that he’s done and he seems sorry and keen to get back on a cricket field,” Broad said. Despite his omission from the upcoming series, Aamer’s chances of making it to the squad for next summer’s tour of England remain largely positive. “But as a player you are not too bothered who you are playing against, to be honest, you go a bit internal and focus on what you do,” he added.

The left-hander was among the three Pakistani players — others being former captain Salman Butt and Mohammad Asif — to serve time in prison and bans for their role in the infamous 2010 Lord’s spot-fixing scandal. Amir took 51 wickets in 14 Tests and 25 in 15 One-Day Internationals (ODI) before he was handed a five-year ban for bowling deliberate no-balls by pre-arrangement during the fourth test against England at Lord’s. READ: Looking forward to playing for Pakistan, says Mohammad Aamer 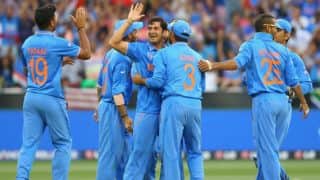 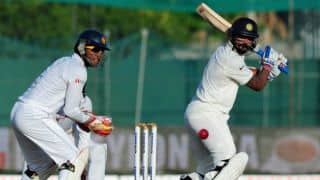