Younis Khan said Pakistan aimed to contribute to the nation’s Independence Day celebrations on Sunday with victory in the fourth Test at The Oval after his double century left the tourists on course for a series-leveling win against England. August 14, 2016 marks the 69th anniversary of the founding of Pakistan. It could also well be the day that Pakistan end their four-match series with England all square at 2-2. Younis’s 218 was the cornerstone of Pakistan’s first innings’ 542. Leg-spinner Yasir Shah then took three for 15 as England slumped to 88 for four in their second innings come the end of Saturday’s third day — still 126 runs behind, with two days left in the game. Full Cricket Scorecard, England vs Pakistan , 4th Test match

But Younis said victory would be especially sweet.” Yes, it would be great and a gift to the nation if we win tomorrow. We have four down, so we hope that the victory can be achieved on Independence Day. We had talked about this before the match, replied the veteran batsman. Younis’s sixth innings of 200 or more in Test cricket was a dramatic way for him to end a run of low scores. He had managed just 122 runs in six previous innings this series, with a best of 33 in Pakistan’s first Test win at Lord’s.

Younis’s poor form had again led to speculation that, at 38, his time in international cricket was coming to an end. Not that this was news to Younis. “A lot of people had started saying that my career is going to finish.I have been hearing this for some 15 years now, but I am happy and did the hard work. I knew it would come, but I desperately wanted it to come in this Test”, he said.

Asked where this innings ranked among his 32 Test centuries, Younis stated, “It must be at the top. We needed to win this Test so we needed a big innings and I am happy that I have done that.”

“I want to dedicate this knock to Hanif Mohammad. He was always an inspiration to us and we are going to miss him. He had a great influence on my career and was always ready to give advice,” he added after a more than seven-and-a-half hour double century that Hanif, known for his lengthy innings, would surely have appreciated. 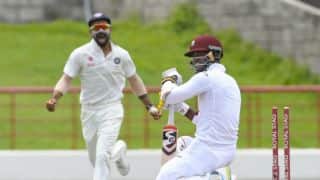 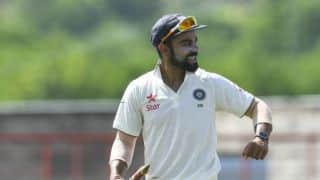