Pakistan vs Ireland, 1st Test, Day 3 2018 Live Streaming, Live Coverage on Sony SIX: When and Where to Wat

Not even a spirited late-order recovery by Pakistan could dent Ireland’s historic moment as their men’s side finally made a long-awaited Test debut on Day Two of the one-off Test. Day One at Malahide ground was washed out without a ball bowled. Opting to bowl first, Boyd Rankin and Tim Murtagh struck with successive deliveries to leave Pakistan 13 for two, become Ireland’s first and second bowler to pick Test wickets. The live cricket streaming of the match will be available on Sony LIV, while the live telecast will be available on Sony Six and Sony SIX HD in India.

Pakistan though will be the happier side at the end of last evening. They were in a spot of bother at 159 for 6 but a hundred-run stand for the seventh wicket between Shadab Khan and Faheem Ashraf, with both scoring half tons has made them believe they can get upto the 300-run mark. Asad Shafiq provided resistance for the visitors in the middle-order, scoring 62 off 121 balls. Imam-ul-Haq suffered a freak injury on ball one of the match. 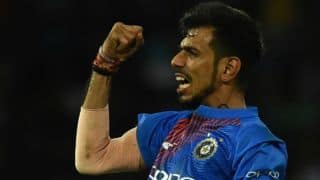 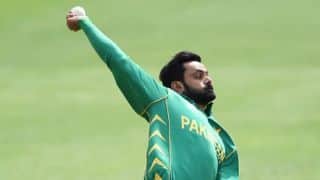