At one stage, Ireland had Pakistan reeling at 159 for 6.

Pakistan were 268 for 6 after losing the toss when bad light and then rain forced an early close to the second day of Ireland‘s inaugural Test at Malahide on Saturday. Faheem Ashraf marked his Test debut with 61 not out and teenager Shadab Khan, in only his second match at this level, also hit a maiden Test fifty to be unbeaten on 52. The pair had so far added an unbroken 109 for the seventh wicket after Pakistan had been struggling at 159 for six after losing the toss following a total washout on Friday’s first day of this stand-alone match. 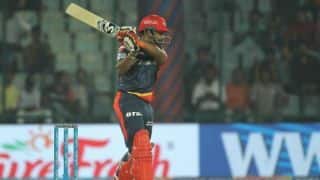 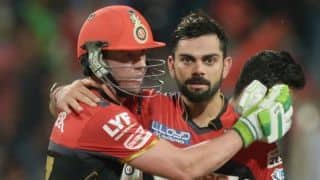