Adam Milne gets a golden opportunity to prove his worth and to get a chance to play at the the upcoming ICC Cricket World Cup, commencing from February 14, 2015

The Central Districts speedster, who played the last of his seven One-Day Internationals (ODI) against India in Napier last January, was yesterday included in a squad of 15 for five ODIs and two T20s against Pakistan, starting in Dubai on Thursday night, reports The New Zealand Herald.

Milne, 22, is distinctly quick, which could add a fresh dimension to the seam attack for the World Cup. He’s taken only two ODI wickets at 106 runs apiece, but he’s on the rise and a strong showing in the United Arab Emirates (UAE) could nudge him across the selection line.

The New Zealand squad of 15 is due to be named just before the seven game ODI series against Sri Lanka starts in early January, so this is the final chance for players to impress.

Kane Williamson will extend his captaincy experience in the absence of Brendon McCullum who, along with senior seamers Tim Southee and Trent Boult, is flying home early to prepare for the arrival of Sri Lanka, who play two tests, from Boxing Day, before their ODI matches 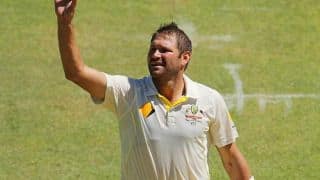 Australian players to decide if they are up for 1st Test against India: James Sutherland