Ahmed Shehzad had suffered a head injury during the first Test against New Zealand.

The Pakistan Cricket Board (PCB) has said that opener, Ahmed Shehzad has recovered from his head injury and will be considered for the One-Day International (ODI) and Twenty20 International (T20I) series against New Zealand starting next month.

An official said that the medical panel of the board which includes senior manager medical, Dr Sohail Saleem had declared Shehzad fit and cleared him for selection again after he missed the two Tests against New Zealand due to depression and hairline fracture in his cheek bone.

Shehzad was hit by a short-pitched ball from Corey Anderson during the first Test on November 10 and scans later revealed he had suffered a hairline fracture in his cheekbone and he was sent back to Pakistan for treatment.

But just few days after saying that specialists had advised Shehzad to avoid contact sports for six weeks, PCB apparently has had a change of heart about Shehzad’s fitness.

“Shehzad has batted for an hour in the nets today and also did training and he is fine now and his recovery has been strong,” the official said.

Shehzad’s health condition has become significant as just days after his injury incident Australian batsman, Phil Hughes suffered a sickening blow to the head during a Sheffield Shield match on Tuesday and despite an emergency operation is in critical condition in a hospital in Sydney. Hughes succumbed to his injuries on Thursday morning, causing the cricket fraternity to go into a state of mourning.

Besides Shehzad, experienced pace bowler, Umar Gul is also in line to be called up for the ODIs and T20 matches against New Zealand.

Gul, who has been kept out of the national side due to fitness issues, has been bowling consistently well in the domestic first class matches.

“Gul has bowled long spells and has taken around 29 wickets so far in?domestic cricket and apparently he seems to have recovered well from the knee injury that has troubled him for a while now,” a member of the selection committee said.

The selectors are also expected to call up the in-form wicketkeeper-batsman, Sarfaraz Ahmed for the limited over series after his impressive batting displays against Australia and New Zealand in the tests.

“The inclusion of Sarfaraz is on the cards and this means that Umar Akmal who has been struggling for form in the first class event will not keep wickets anymore,” a source said. 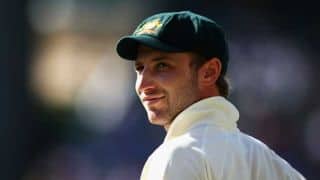