Pakistan and Sri Lanka last met in an ODI during the group stage of ICC Champions Trophy, June.

After a thrilling two-Test series, Pakistan and Sri Lanka will square off in a five-ODI series. Both sides will resume from where they left in the virtual quarter-final of ICC Champions Trophy at Cardiff. Pakistan won the nail biter by 3 wickets before being crowned as eventual champions. Sri Lanka will like to settle scores especially after their heroics in the Test series. Sarfraz Ahmed and co. are favourties but can be stunned by a regrouped Sri Lanka under Upul Tharanga, resuming from a brief break.

Pakistan will like no slip-ups after resurrecting their 50-over fortunes. Sarfraz sounds confident about captaining in limited-overs. He said,”In ODIs our team is balanced and record is very good. We will have some senior players returning and I hope we ll play better cricket there.”

But there needs no introduction on Pakistan’s consistency with being ‘inconsistent.’ From January 5 2016, they have won and lost 12 encounters.

Pakistan were ranked No. 8 when they entered Champions Trophy in England. Before that, their ploys were termed ‘outdated’. They didn’t play the decisive middle-overs well. There were plenty of dot balls in between, minimal strike rotation, an unready skipper in Azhar Ali, unimpressive opening duo and faltering lower-order. Nonetheless, the tables turned when Mickey Arthur was joined by Sarfraz. So, is it the start of something special?

How did the script change?

Pakistan addressed the right issues and worked towards them. Few good wins helped, and they sealed their maiden Champions Trophy. Suddenly, the same unit beams confidence and looks a well-oiled side to challenge any team on their day. Their honest communications, significance to fitness, change in personnel and newly-attained freedom to express has created effective results. Now that everything has been attained, they will like to work on their consistency, a herculean task in shorter formats.

Sri Lanka have lost their last 7 ODIs. As a result, they are languishing at the 8th spot in ICC ODI rankings. Their last victory against a top side came against India on June 8. It cannot get any worse. So, will things get better from now on? Like it happened in the Test series? Well, Tharanga and co. need to take a leaf from their counterparts. They have to stick with their key players, give them enough breathing space and remain consistent with the bat. Having failed to register 250 in the 5 ODIs versus India, they are well aware of their flaws.

While Pakistan will play to work on their consistency, having attained some form. Sri Lanka will be eyeing to start afresh. They will like to repeat from what Pakistan did in the last ICC event.

– Pakistan have a better head-to-head record, winning 85 and losing 58.

– Overall in neutral venues, Pakistan continue to dominate. They have won 51 out of 79 encounters against visitors. 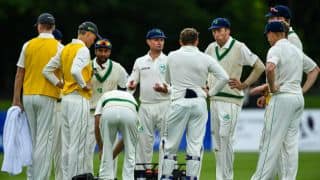