It would be after more than eight years when Sri Lanka would be visiting Pakistan ever since the horrific terror attack on their team bus in 2009.

Sri Lanka will be visiting Pakistan after eight years. Memories of the horrific terror attack on their team bus in 2009 are still fresh in their minds. The incident led to international cricket being disrupted in Pakistan. The third and final T20 International of the ongoing series (that has been played at UAE till now) between the two will be held at the Gaddafi Stadium in Lahore on October 29. Pakistan recently hosted the ICC World XI in a 3-match T20I series at the same venue successfully with a thick security cover. The same can be expected for Sri Lanka this time. However, skipper Upul Tharanga s withdrawal citing security issues has left PCB in concern. Nevertheless, PCB chief Najam Sethi is confident of a full Sri Lankan side showing up for the match. FULL CRICKET SCORECARD: Pakistan vs Sri Lanka 2017-18, 3rd T20I at Lahore

Contrary to rumours and speculations we are expecting to host a full-strength Sri Lankan side. The Sri Lankan board President has assured us they want to play the match in Lahore and will send their best team. The issue is that they want us to travel to West Indies in return but there seems to be no possible window available to us to go there before 2019. They say that is too long a wait for them. We have now floated a proposal to compensate them for coming to Lahore and they pay us when we do eventually tour them. Hopefully, the final details will be ironed out within the next two weeks. But the tour is confirmed, said Sethi, as reported by PTI. 15 Sri Lankan cricketers give consent to travel to Lahore?

Speaking on a full bilateral series in Pakistan with a Test-playing nation in the near future, he said, It could happen next year or it could take time. But the main thing is the process of international teams coming to Pakistan has started this year. 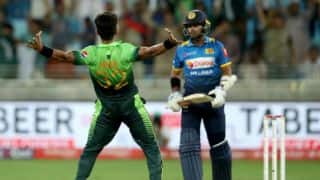 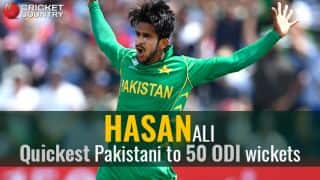