It would be after nine years when Sri Lanka would be returning to Pakistan following the horrific terror attack on their team bus in Lahore.

Sri Lanka are returning to Pakistan after eight years. Their team bus had been subjected to a terrorist attack the last time they were here, in 2009. This time PCB have assured that there will be foolproof security this time for the visitors. As a result, Sri Lanka have agreed to play the third and final T20I of the ongoing series at the Gaddafi Stadium in Lahore. Meanwhile, Sri Lankan captain Thisara Perera has expressed his happiness at the security arrangements made by PCB ahead of the tie. Thisara did travel to Pakistan along with the ICC World XI in September for a three-match T20I series. FULL CRICKET SCORECARD: Pakistan vs Sri Lanka 2017-18, 1st T20I at Abu Dhabi

On leading Sri Lanka: Captaining my country is a huge honour for me. It s a new challenge as well and I am looking forward to the opportunity. SLC denies alleged involvement of any official in Pakistan journalist harassment case

On Sri Lanka s recent form: Every team goes through tough times. It is part and parcel of cricket. As captain I have given the players confidence and told them not to be selfish but to give all what they’ve got for the team. The selectors also have echoed same sentiments.

On the new-look Sri Lanka side: There are some very good talents in this team. Hopefully we will do something special in this series. We will challenge Pakistan. We have told everyone to play without fear of failure. It doesn’t matter if you fail after giving 100 per cent. Everyone knows this is a good opportunity and if someone does well, that will be a huge moment in his career. 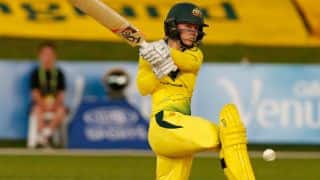