Pakistan lead the five-match series versus Sri Lanka by 1-0.

Chasing 293, Sri Lanka lost half their side for 67 in 16 overs against Pakistan. These regular batting failures have resulted in their eighth consecutive ODI defeat Sri Lanka’s worst since 1999. Will they finally come good and there will be some competition in the ongoing five ODIs? On the other hand, Pakistan have found a new balance, able leader-coach combination to notch up 5 wins on trot. Will their unbeaten streak come to a halt? These are some factors to look forward to ahead of the second match.

Pakistan’s all-round efforts buried Sri Lanka down the barrel in Dubai. In pursuit of 293, visitors were never in the chase. The soft dismissals and batsmen failing to convert starts continued to haunt them. They do not have to resort to a flurry of changes, but only tick the basics. It isn’t much to ask from a line-up comprising of Niroshan Dickwella, Upul Tharanga, Lahiru Thirimanne, Dinesh Chandimal and Kusal Mendis. On their bowling front, they leaked too many runs in the death overs. It isn’t a pleasant scenario for a relatively new skipper, Tharanga, but he needs to lift his side before they keep repeating their flaws; if they already haven’t.

For Pakistan, they are on top. Yes, they are in such a good form that they are churning out consistent performances as well: extra ordinary feat for an inconsistent side. They haven’t dropped a single game after their thrashing in the Champions Trophy opener to India. Sometimes, it feels like they are waiting to self-impode, but it looks unlikely. Sri Lanka should be expecting a similar turnaround but they need to inject a better body language.

Sri Lanka have their answers in front of them, but haven’t taken full responsibility or failed in their execution. Maybe things will change come the second ODI in Abu Dhabi.

Sri Lanka may want to try Seekkuge Prasanna for Thisara Perera, as the latter remains inconsistent in international arena. From Pakistan’s perspective, Ahmed Shehzad still need to find a way to rotate the strike in shorter formats. They might give him another chance before dropping him.

Nic Pothas: We are trying to find the right formula. We know how we want to go about putting 50 overs together. We need to give these guys a certain period of time. Kusal (Mendis) is a very good player of spin and rotates very well. Lahiru (Thirimanne) and Dinesh (Chandimal) are the guys who can play those long innings in ODI cricket for you. At the moment we are thinking somewhere on those lines. We are in communication with the selectors. The World Cup is going to come quick. Those spots are up for grabs. No one has nailed down a spot. Every position is up for grabs. 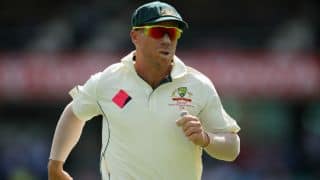 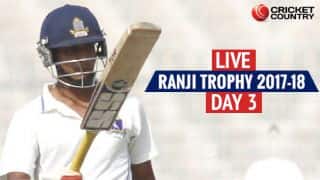