The average first-innings score at this ground is 223 and it comes down to 191 in the second innings.

Winning the Test series had come as a breather for Sri Lanka, especially amidst a streak of defeats. They came into the ODI series with a confidence of repeating the result against Pakistan. That, or anything remote, did not happen. They lost three consecutive ODIs, already giving up in the five-match series. Adding more salt to the wounds, their ODI-losing spree stretches to 10 matches.

There still are two more matches pending. If Pakistan continue being sensible, they will whitewash the Sri Lankans; if they don t, they will stay true to their reputation of losing the plot.

What will Sri Lanka play for? The answer may be pride, but that is something they have been doing for a long time now as much as they have been in a rebuilding phase.

Let us review the fourth ODI, which will be played at Sharjah Cricket Stadium.

Go with the winning combination and make it 4-0. Pakistan are likely to field the same playing XI.

There were two milestones that headlined after the third ODI: Imam-ul-Haq became only the second Pakistani to score a hundred on ODI debut and Hasan Ali became the quickest Pakistani to 50 ODI wickets. Such was their performance that the others had very little role to play in the triumph.

The case was exactly same for Sri Lanka. Barring Upul Tharanga, none of the others played a significant role. It was for his 61 runs that Sri Lanka managed a score above 200 runs.

But what playing XI would Sri Lanka play?

Sri Lanka dished out their best combination in the previous match. Although they lost the match, the same team deserves another chance. Too much tinkering will not help them either.

The average first-innings score at this ground is 223 and it comes down to 191 in the second innings. The track, in addition, is expected to be on the slower side. Whichever team wins the toss should bat first. Use whatever the track has to offer and pile on as many runs in the first innings. 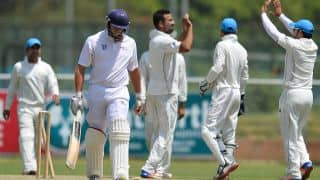 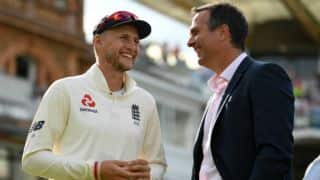 The Ashes 2017-18: Joe Root must convince England they can win by 'lying and conning' them, says Michael Vaughan