A win for Pakistan would be their ninth successive ODI win in the calendar year.

Sri Lanka s success in limited-overs series this year has not been a tale to boast of. The only respite for Sri Lanka amongst all this has been their 2-0 Test win against Pakistan. Meanwhile, in the pursuit of making it 5-0, Pakistan are caught in a different-ball game altogether. The news of Sarfraz Ahmed being approached by a bookmaker in Dubai to fix a game has baffled many. Pakistan Cricket Board (PCB) are currently investigating core of the matter.

The path ahead for both teams

There is nothing that Pakistan can complain about. Their batting has been clinical right from Babar Azam to Imam-ul-Haq to Shoaib Malik. The lower middle-order has received little chance to come and portray their batting skills.

The bowlers too have been top-notch. Hasan Ali has so far grabbed 12 wickets while Shadab Khan has got 8 wickets in his kitty. Hasan has been instrumental in the middle overs, drying up the runs at regular intervals. Mohammad Hafeez too has come as surprise, barring his suspect bowling for the third time.

With Pakistan s form giving no cause of concern, they may opt to go for the same XI from the previous match.

Sri Lanka s batting unit has not clicked together. The first two ODIs saw Sri Lanka unable to chase the target while the third and fourth saw below-par scores from the side.

Barring Upul Tharanga, Lahiru Thirimanne and Akila Dananjaya, none of the batsmen have rose to the occasions. Chandimal is under lot of pressure and so is Milinda Siriwardana.

The bowlers have, however, not let the side down. Lahiru Gamage leads the pack with 7 wickets off four games. Suranga Lakmal too has maintained the consistency in the absence of Lasith Malinga. The spinners have not got much luck, though. Off four games the spinners have managed just 5 wickets.

Considering it is too late to pick and choose from their available options, Sri Lanka might stick to the same XI that lost by seven wickets on Friday.

The track is considered to be on the slower side as witnessed in the previous matches. The surfaces can rarely produce score of 300. Going to the final ODI, Pakistan are favourites. This would be their ninth successive ODI win in the calendar year. But Sri Lanka might just shock the hosts in the ultimate clash. 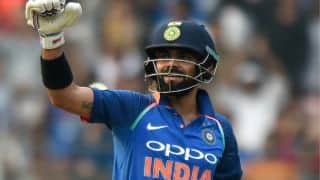 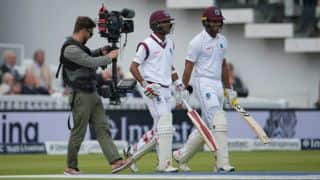