Catch the live scorecard of the first ODI of the Asia Cup between Pakistan and Sri Lanka.

Ahead of the World Twenty20 in Bangladesh, five teams fight it out for being crowned as the champions of Asia. The Asia Cup 2013-14 commences with the match between Pakistan and Sri Lanka in Fatullah. The two teams have recently met in December 2013 where Pakistan won the series 3-2.

The exciting aspect for both teams is that there are many new players who have shown some promise to sustain the team’s fortunes for the future. Pakistan have got a stable opening pair with Sharjeel Khan and Ahmed Shehzad. Junaid Khan with his pace has been on an exceptional run. Mohammad Hafeez who has had an erratic 2013 in Tests was a completely different player in the ODIs. Pakistan’s ODI side has shaped up well after a poor run in the first half of 2013.

As far as the Sri Lankan camp is concerned, there could be nothing better than a clean sweep against the Asia Cup hosts Bangladesh. 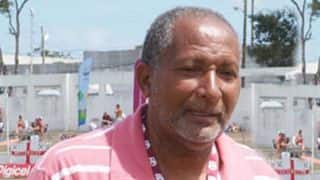 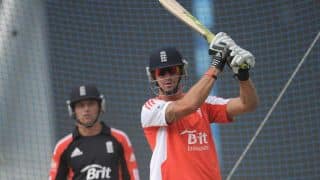