Catch the live cricket streaming of the Pakistan and Sri Lanka Match 10 of Asia Cup T20 2016 match on starsports.com and Hotstar. For those who do not have the access to the live telecast of the match, they can catch the live streaming of the game on startsports.com and also Hotstar on their mobiles. Pakistan and Sri Lanka are out of the tournament already after their loss against India, Bangladesh respectively. Now this will be a match to survive in the points table at present Sri Lanka are at in second last position while Pakistan are above Sri Lanka. It will be matter of run rate and position to maintain in this tournament. LIVE CRICKET SCORECARD: Pakistan vs Bangladesh, Asia Cup T20 2016, Match 10 at Dhaka

Pakistan and Sri Lanka were unable to lead their teams to next level in the T20 format just ahead of the ICC World T20 2016 as they brace themselves to play out in Asia Cup game on Friday, February 4 after failing to qualify for the final. Not many would have imagined this outcome at the start of the tournament. Both teams are unhappy about their performances so far and understand where they are lacking. Neither team have presented fake side but played the best they could produce but were unable to proceed to finals. On the other hand, the team managements and captains have understood where they team lacked in their capabilities and condemned their performance in Asia Cup. Both the teams will be trying their best to make the best of the last match played in this tournament ahead of final. 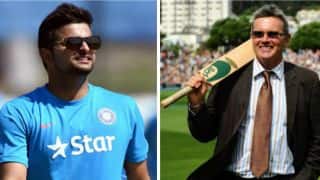 How Suresh Raina made Martin Crowe smile post chemotherapy in 2014