Pakistan's Mohammad Hafeez was reported for suspect action during the third of the five-match ODI series against Sri Lanka at Abu Dhabi.

Pakistan all-rounder Mohammad Hafeez, on Wednesday, was reported for suspect action during the third of the five-ODI series against Sri Lanka at Sheikh Zayed Stadium in Abu Dhabi. The match officials from the tie, who handed the report to the match referee, suspected that Hafeez action was not legal. Meanwhile, Hafeez would now undergo a bowling action test, and will be scrutinised under the ICC Illegal Bowling Regulations. He should undergo the test now within 14 days, but can continue to bowl in international cricket until further assessment or results of the test, said ICC in a press release. Hafeez was earlier summoned for the same in 2014 and was suspended in December 2014. FULL CRICKET SCORECARD: Pakistan vs Sri Lanka 2017-18, 2nd ODI at Abu Dhabi

In April 2015, Hafeez was allowed to resume bowling following an independent reassessment, where his action was found to be legal. However, in June 2015, he was suspended for the second time following the same and also suffered a 12-month bowling suspension from international cricket. It was in November 2016, when he again went a further reassessment of his bowling action which was found to be legal and resulted in his resumption in international cricket. However, with this being the third time he is being summoned, it is still unclear if and for how long shall he be suspended under the clause 4.1 of the ICC Illegal Bowling Regulations. 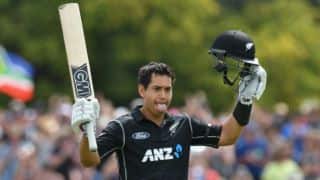 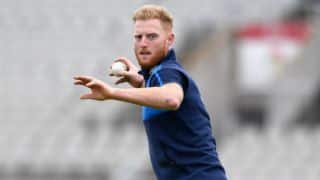