West Indies on Day 5 will still be optimistic about their chances because their tail had shown brilliant resistance in the first innings.

West Indies are glaring at a defeat that has come spinning in front of them courtesy of Yasir Shah (4 for 33). West Indies had the task of nullifying the Pakistan pace attack till stumps on Day Four. Mohammad Aamer, Mohammad Abbas and Wahab Riaz had the responsibility of getting the early breakthrough for their team and skipper Misbah-ul-Haq who had some minutes ago become the first batsman from Pakistan to remain unbeaten on 99. But this first Test at Sabina Park had something different in store. Yasir came and uprooted the entire West Indies top-order in his 9 overs. FULL CRICKET SCORECARD: Pakistan vs West Indies 2017, 1st Test at Jamaica

Kraigg Brathwaite and Kieran Powell played some good strokes against the pacers. Despite the ball swinging both ways, they ensured of scoring runs and releasing pressure slow and steady. But Misbah turned to Yasir, knowing theleg-spinner had what Pakistan needed at that time ability to get wicket if not wickets. But Yasir the second innings specialist brought in more than his skipper would have thought off.

Yasir got four wickets and the game turned upside down. Not that the game was in equilibrium before this. Pakistan had the upper hand but not complete domination. But those 54 deliveries from Yasir gave Pakistan total domination. Now when they step out to play the final day of this Test on Tuesday, their motive is ought to be clear go for the kill. West Indies are still to cover the deficit of 28 runs and they have only 6 wickets left. Roston Chase and Shane Dowrich, who stole the limelight in the first innings, are yet to bat. Jason Holder, who played important knocks with the West Indies tail-enders, is yet to walk in to bat.

But given the magic Yasir spew in his 9 overs Pakistan will have their tails up. Also with Aamer, who took his career best of 6 for 44 in the first innings available, Team Misbah are well in command of this game.

As for West Indies, the situation is completely contrasting. Their biggest challenge would be tackle Yasir. They will be aware of condition of the pitch which will be 5 days old and also with the fact that it has already soaked in some rainwater, cracks might open pretty quickly on the fifth morning.

But West Indies will still be optimistic about their chances because their tail had shown brilliant resistance in the first innings. Like on Day Four, their top-order had crumbled on Day One as well. So keeping this in mind, they might be hoping for their last few batsmen to show the same performance on Day Five and stall Pakistan s charge for victory.

The wicket of Chase will be crucial for both teams. Back in 2016, Chase had battled out against India scoring century and drawing out the Test at Port of Spain. And given the fact of how he performed in the first innings, Chase will have a lot to do on the last day.

The primary motive for West Indies would be to surpass the deficit of 28 runs and score minimum 100 runs, inviting Pakistan to bat in the fourth innings. But the road is definitely not going to be easy for them.

All this definitely guarantees that we are set for a cracker on final day of read-ball cricket with the fingers crossed that weather does not shower. 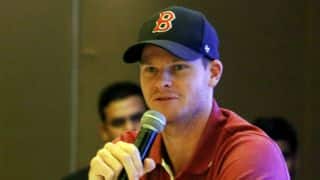