West Indies did show some fight back in the hard-fought T20I series, but could not live up to the expectations as Pakistan came out as the top side to rub salt in the wounds of the already depleted West Indian side.

West Indies did little justice to their status as world champions in the T20I series at home. Unable to cope with the wiles of teenage leg-spinner Shadab Khan, West Indies lost the 4-match series to Pakistan 1-3. Tossing the ball with abandon and sneaking in a vicious googly every now and then, Shadab picked up 10 wickets in the series at an average of 7.50 and an economy rate of 4.73. West Indies and Pakistan now face each other in a 3-match ODI series, starting Friday, at the Providence Stadium in Guyana. West Indies did show some fight back in the hard-fought series, but could not live up to the expectations as Pakistan came out as the top side to rub salt in the wounds of the already depleted West Indian side. Full Cricket Scorecard: Pakistan vs West Indies, 1st ODI at Guyana

As for Pakistan, they have fought hard and bounced back well enough following a tough tour Down Under earlier in 2017. While West Indies are nowhere as strong as they used to be (more so, given that the big guns are not around), they were playing at home, and as mentioned, they are the defending champions. who are tough to be beaten at home. The ODI series provides both sides fresh platform to battle it out for supremacy.

Pakistan have a reasonable advantage over the hosts: in the 6 bilateral series between the sides on West Indian soil, Pakistan have won 3 and lost 2. A more ominous statistic for West Indies is how the series have shaped over time: West Indies won in 1976-77 and 1987-88, drew the 1992-93 series, and lost in 2005, 2011 and 2013. The trend is clear. The overall head-to-head reads 69-58 in West Indies favour, but a lot of that had to with their glory days of the 20th century: in the new millennium the numbers are heavily tilted (24-10) towards Pakistan.

Pakistan will be led by Sarfraz Ahmed. Both Ahmed Shehzad and Kamran Akmal have got off to starts at the top in the T20I series. With big guns Mohammad Hafeez, Shoaib Malik, Imad Wasim, Fakhar Zaman and Sarfraz himself to follow, the line-up indeed looks formidable. Asif Zakir has got a call-up as late as 33, and will try to make the most of it if he gets a chance. and Fahim Ashraf too could make a difference.

Make no mistake, Wahab Riaz still has the ability to strike at crucial moments. He will be supported by Mohammad Aamer and Hasan Ali. While Shadab will be the one to look out for, keep an eye on the left-arm spin of Mohammad Asghar. Remember, they will be supported by the all-rounder brigade Malik, Hafeez and Imad and the uncapped Fahim Ashraf.

Make no mistake: Jason Holder s men will not let things pass easily. Evin Lewis and Chadwick Walton are both in form, and both have the ability to explode at the top. Kieran Powell can be more than a handful, while the middle-order boasts of Jason Mohammed, Jonathan Carter, Shai Hope and Rovman Powell. They are not big names yet, but they form an extremely talented bunch of cricketers who are perhaps one series away from turning the tables.

Miguel Cummins, Shannon Gabriel and Alzarri Joseph can all bowl quick. West Indies will count on the leg-breaks of Devendra Bishoo and the off-breaks of Ashley Nurse to support them in the absence of Sunil Narine. Of course, there is always Holder.

With all matches being held in Guyana, the wicket is expected to be batting-friendly. One can expect a batsman-dominated side for each of the teams. West Indies do hold a 2-1 advantage over Pakistan at the ground, but that will probably not be of much significance. 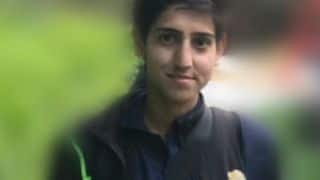 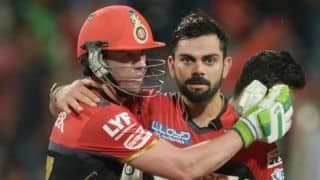