Pakistan humiliated West Indies by 143 runs on Sunday in the first T20I.

After an impressive first T20I, Pakistan are all set to make it 2 into 2 against West Indies at National Stadium in Karachi on Monday. West Indies will enter the contest without the services of their injured spinner Veerasammy Permaul. He has been ruled out of the series. Pakistan had humiliated West Indies by 143 runs on Sunday in the first T20I. They equalled their best score in the format 203 for 5 in 20 overs. They bundled Pakistan for paltry 60 in 13.4 overs. Only Marlon Samuels (18), Rayad Emrit (11) and Keemo Paul (10) reached double figures.

The Pakistan and West Indies second T20I will be shown on SonyESPN HD and SonyESPN. The match will also be streamed on Sony LIV.

International cricket returned to Pakistan after nine years. However, Karachi was not pumped up as it was expected. The 33,000 capacity stadium witnessed just 18,000 attending the match. Nevertheless, the ones who attended were in celebratory mood: “It s something we ve been trying to prove, that it s safe to play here,” said a homemaker.

A student was also excited to have the matches being played in Pakistan since the Sri Lanka terrorists attacks in 2009, “I can t express my feelings in words so we welcome all the players from the international cricket.” 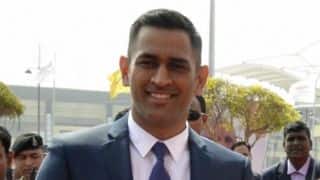