West Indies trail by 37 runs with 4 wickets remaining in the 1st innings of the 3rd Test against Pakistan at Sharjah.

Before the third and final Test against Pakistan at Sharjah, Kraigg Brathwaite’s average read 34.10. If truth be told, he appears thin on numbers, for modern-day openers average above at least 45. But Brathwaite played cricket in one of toughest phase of West Indies cricket. Be it players’ tussle with the board or their performance in the longest format, West Indies have been in a turmoil for the past decade. Amidst all the hullabaloo, Brathwaite has been the only one to put up consistent performances. He is till 23 and has played 33 Tests. In addition, he has 4 hundreds and 11 half-centuries to his name. LIVE CRICKET SCORECARD: Pakistan vs West Indies, 2nd Test at Abu Dhabi

Agreed, West Indies have been abysmal in the longest format. They even lost to Bangladesh twice (well, even England did.) The likes of Dwayne Bravo, Darren Sammy, Marlon Samuels, among others failed to carry their T20 charisma over into Test cricket. As a result, the current West Indian team is filled with youngster. Again, amongst them, Brathwaite is the only one providing the impetus on consistent basis. For that matter, his hundreds have come against Bangladesh, New Zealand, England and South Africa. In the India versus West Indies series few months ago, the staggering batter played a couple innings of substance, helping West Indies dominate India.

In the ongoing Sharjah Test, he scored an unbeaten 95, taking West Indies to 244 for 6 at the end of Day Two.

As a matter of fact, had he not displayed tenacity, West Indies would have stumbled down to a low score. The right-hander stitched two crucial partnerships: 83 with Roston Chase and 83 with Shane Dowrich.

The track had slowed down a bit, but there was something for the spinners. And to make matters worse, Pakistan have leg-spinner Yasir Shah, the man who dismantled Pakistan in Lord’s Test earlier this year. Let alone that, India spinner Ravichandran Ashwin admires the swashbuckling bowler. For that matter, even the great Shane Warne is one of his admirers.

Brathwaite played Yasir with utmost caution, not willing to throw away his wicket. His strike rate of 46.11 suggests so. To add to the fire, his career strike rate reads 42.46.

He is a boring batsman to watch. He is no entertainer. He will leave ball after ball. And there is no vigor in his strokeplay whatsoever. But he scores runs on consistent basis, unlike other West Indian batters.

On Day Four, he is likely to score his fifth hundred and first against Pakistan. In addition, at the other end is the captain Jason Holder. He is a armed with a good Test-cricket technique. And if he keeps going, it will give Brathwaite more time to churn out more runs.

West Indies still trail by 37 runs with 6 wickets in hand.

Pakistan have already won the series 2-0. If they bundle West Indies out early in the first session, they have a golden opportunity to whitewash them.

On the other hand, West Indies will look to end the series on a winning note. And for that to happen, Brathwaite and Holder will have to stitch a long and boring partnership to take a big lead. 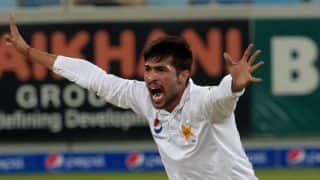 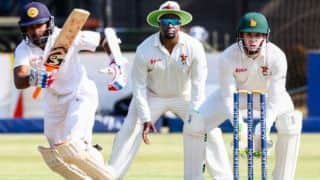